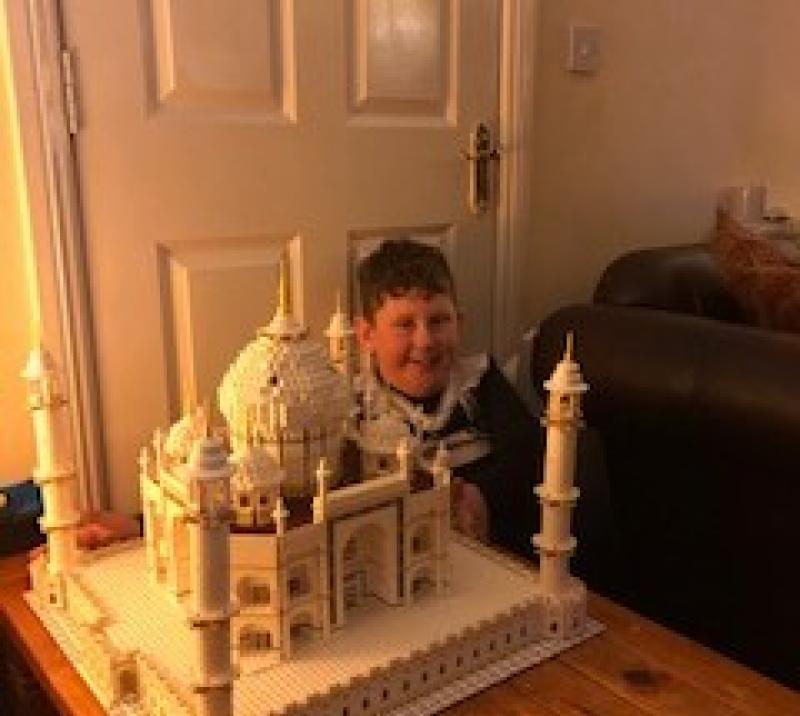 Cormac Foxe with his completed LEGO kit of the 6,000 piece Taj Mahal

A 9-year-old boy from the South East will star on RTÉ's Late Late Show Toy Show on Friday night.

An expert LEGO master, Kilkenny's Cormac Foxe was sent a 6,000 piece box kit of the Taj Mahal, suitable for the 16 + age group by the show's producers. He completed it within 12 hours!

His TV debut was a result of a small video clip of him sent to the Late Late Show showing off his Lego making skills.

Following this, he was invited up to RTÉ. He has also completed a Harry Potter train set and Hogwarts model building for the show.