Waterford duo set to hit the airwaves on Beat 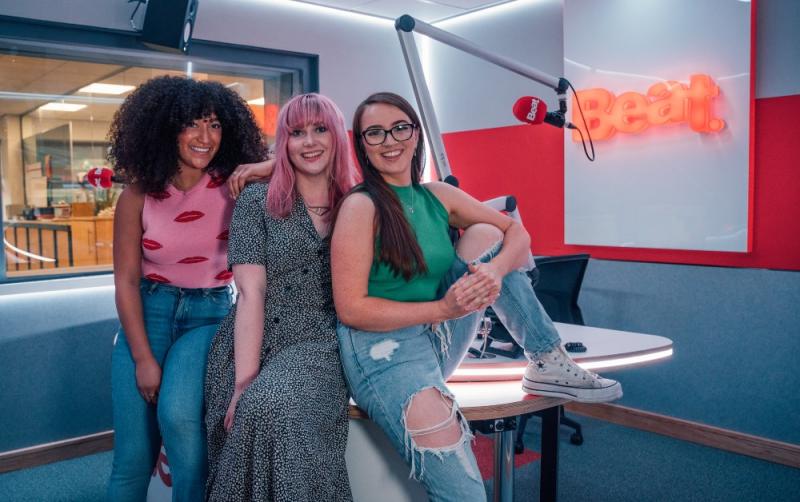 Beat 102 103 has announced the addition of THREE new presenters to their daytime line-up.

Waterford duo Michelle Heffernan and Kirsten Mate Maher will be taking to the airwaves in the South-East alongside Carlow’s Megan O’Regan Byrne.

Award-winning broadcaster Michelle Heffernan is the new presenter of Beat at Work and Beat’s Big Lunch every weekday from 1pm until 4pm.

Carlow’s Megan O’Regan Byrne, who started on the ‘Beat Fleet’, will present the Takeover every Tuesday, Wednesday, and Thursday evening from 7pm.

“I am very proud of our consistent focus on affording young talent an opportunity to shine on air.

“Michelle Heffernan has been doing a stellar job at Beat for a number of years, attracting large audiences on her weekend show and the documentaries she has produced for Beat have prompted important conversations among our target demographic.

“I am thrilled that Michelle is now joining Niall Power, Shonagh Lyons, Dave Cronin, and Darren Rice on the primetime weekday line-up at Beat.

“When Kirsten won the International Rose of Tralee in 2018, her natural talent was obvious and we look forward to hearing her expand her broadcasting skills on Beat.

“Megan O’Regan Byrne was originally part of Beat’s popular promotions team, the Beat Fleet.  She then progressed to presenting weekend shifts and now we’re excited that she will be sharing the role of Takeover Presenter with Kirsten while also honing her creative skills as part of Beat’s solutions team.”