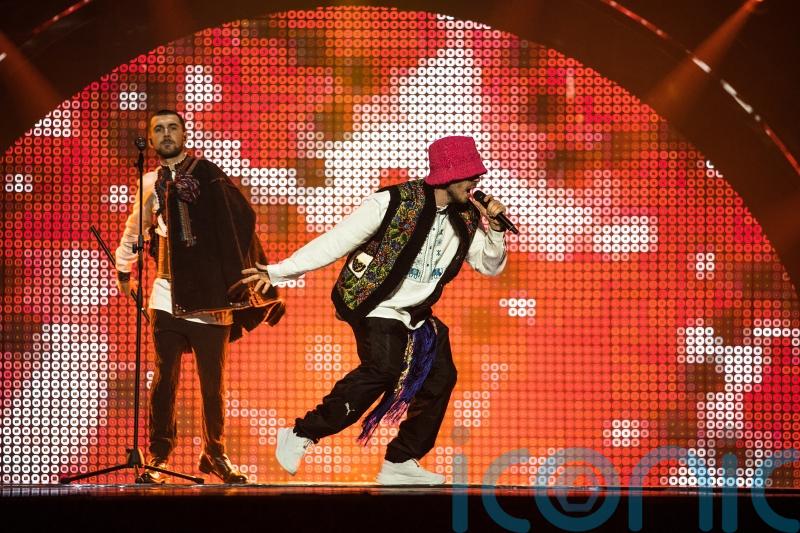 Eurovision Song Contest winners Kalush Orchestra have auctioned off their trophy to raise money for the Ukrainian army.

Eurovision Song Contest winners Kalush Orchestra have auctioned off their trophy to raise money for the Ukrainian army.

The band, whose song Stefania was triumphant in Turin earlier this month, said they raised 900,000 dollars (£713,000) by auctioning off the glass microphone, and a further 370,000 dollars (£293,000) by raffling off the pink bucket hat frontman Oleh Psiuk wore during the performance.

The winning bid for the trophy was attributed to Whitebit, a cryptocurrency exchange, and came in the form of 500 Ethereum.

Writing on Facebook, the band said: “You guys are amazing!

“We appreciate each and everyone of you who donated to this auction and a special thanks to the team Whitebit who purchased the trophy for $900,000 and are now the rightful owners of our trophy.”

Sunday’s auction was hosted by Ukrainian TV presenter Serhiy Prytula and the money is going to his charitable fund, which raises funds for the Ukrainian army in their battle against invading Russian forces.

Bids were accepted both in cryptocurrency and traditional currencies.

Mr Prytula said there were 31,088 entries into the hat raffle, and that the winner was in the Czech Republic.

Kalush Orchestra, who were fighting as part of the Ukrainian resistance only weeks before Eurovision, received support from across Europe for their performance.

They beat Britain’s Sam Ryder into second place, with Ukrainian president Volodymyr Zelensky going on to claim the country would host the contest in Mariupol next year.