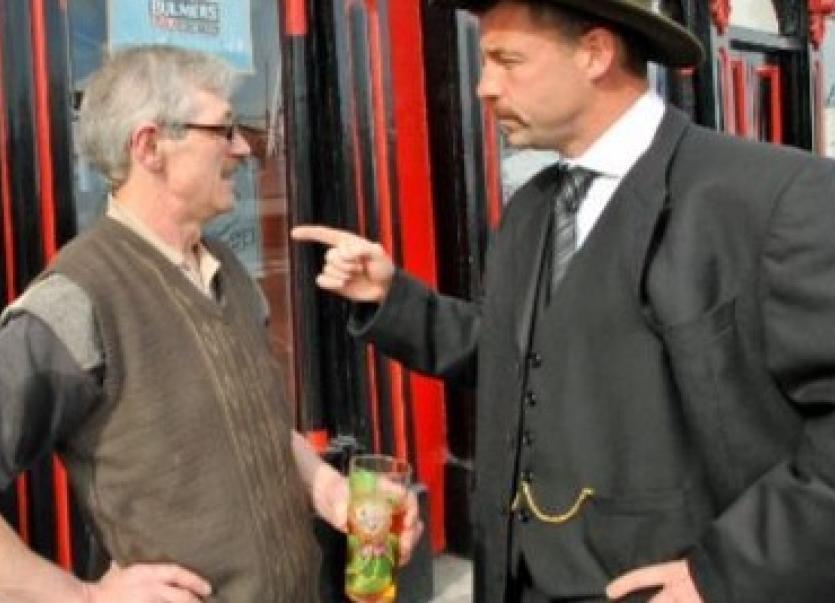 Booze, Blaas and Banter at Jordan’s American Bar on Saturday

This year’s event will take place at Jordan’s American Bar on Waterford’s Quayside this Saturday at 9am.

This annual homage to early house docker's taverns has established itself as a popular highlight of the Imagine Festival. In fact, the idea has now spread to two other cities in Ireland who are now doing their own version of this event.

Short local labour, maritime and social history talks are interspersed with music, poetry and song. This makes for a fun-packed early morning gig where gaiety is a civil duty. Complimentary Waterford blaas with fillings plus tea and coffee will be available throughout, whilst beers can be purchased from the bar.

This year's event will include a special tribute to Waterford poet and writer Sean Dunne by his friend and fellow poet Thomas McCarthy. Remembering Sean Dunne will be delivered by Thomas, “sharing student digs, wild nights in the Thirsty Scholar, The Swan and Cygnet, The Phoenix Bar, and the nightclubs of Cork city, along with all-night partying and endless discussions and debates on literature, politics, religion, women, and the meaning of life."

The morning of ten-minute talks will feature everything from local and labour history and trade unions to Waterford’s seagoing maritime tradition along with musical and comedy interludes. The speakers on October 26 will include John M.Hearne who will speak on The First Glass Factory Militant, From Bunmahon to Butte - Irish Immigrant Labour in an Age of  Revolution by Dr Brian Kelly, Ferlinghetti, Ginsberg and the Beats - A Suirside State of Mind by Dave Lordan, Dickers - The Days of our Lives by Dermot Power, and Why Didn't They Eat Fish? - Joshua Strangman and An Gorta Mór by Joe Falvey.

A variety of over 80 events are on offer for the 18th annual Arts Festival, which runs until Sunday. See www.imagineartsfestival.com.