Meet the people behind the blaa - Waterford's famous Walsh's Bakehouse 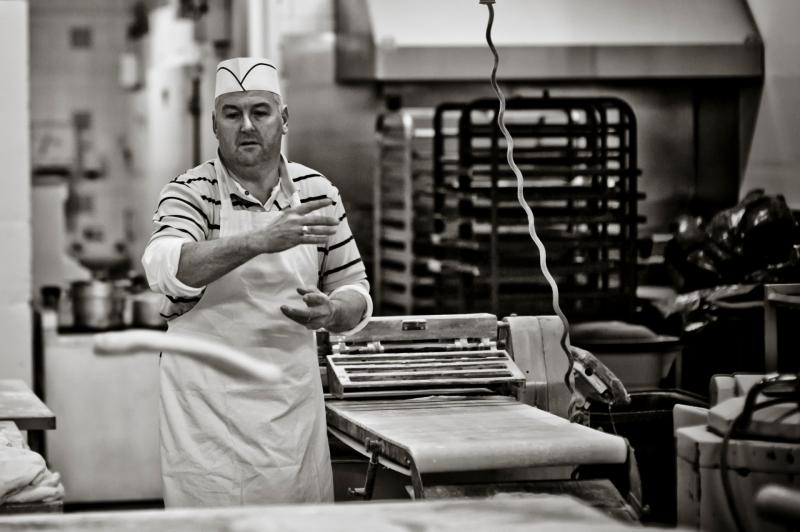 Meet the people behind the blaa - Waterford's famous Walsh's Bakehouse

If there is anything more famous than John Mullane in Waterford, it is the blaa, and Walsh's Bakehouse, the establishment famous for producing the county's most famous culinary export.

The Walsh family has been synonymous with baking in Waterford since 1921,  when Patrick Walsh opened his first bakery on Mayor’s Walk. Close to 100 years later, the family business is as strong as ever, with third generation bakers Dermot and Michael Walsh at the helm and their most popular product, ‘The Blaa’, now famous the world over.

Read also: 5 Waterford blaa recipes that will knock your socks off!

Today, the proud Waterford bakers operate from a premises on Mount Sion Avenue, which they opened in 1985 and a stunning new bakery on the Lacken Road, which is not dissimilar to something you might see in a Roald Dahl novel.

The Blaa, which has found on menus as far away as Mexico and Australia, is, as Dermot Walsh says himself, “the backbone of everything that we have done."

“The Waterford Blaa is what inspired me to be a baker,” Dermot said. “I remember being knee-high to a grasshopper and being shown how to make them. For me, Blaas are something that I eat every day, but also manage to be inspired by every day.”

Dermot loves watching chefs taking their own unique interpretations on the Blaa.

“The Blaa has been there all along and we really didn’t appreciate the full potential of what we had,” Dermot said. “We’re purists here in Waterford. We’ll have a Blaa with a bit of butter or maybe some red lead but the Blaa is now taking centre stage on some of the finest menus around - such as steak marinated in pesto on a Blaa - they are so versatile and chefs love using them.”

A recent survey of the Top 10 burgers available today featured two between the Waterford Blaa. If you step into the multinational cafes such as Starbucks, Insomnia, Café Nerro, you’ll also find the once humble, now proud Blaa. It’s undoubtedly one of Waterford’s most famous food products.

Speaking about motivation, Dermot said, "I love making bread and being a proud Waterford man I love to see us on the map. The fact that we have such a great food product, a big motivator for me is to tell as many people about it and to introduce it to as many people as I possibly can."

Referring to the state of the food market in 2018, he added, "it’s improving, but there are still more improvements needed. In general, I think we’re more interested in food the Waterford Way, which is intrinsically quality food."

"Yes, there are some cheap, rubbish foods being peddled about the place but I think that people are now becoming a lot more conscious about where their food is coming from and what exactly they’re putting into their bodies."

Speaking about what might be next for the Déise's most famous bakery, Dermot said, "We’re interested in showing people how bread, and of course Blaas are made so we’ve introduced a ‘Meet the Baker’ experience at the bakery on Lacken Road, over a number of Mondays between now and October."

You can book your place by emailing sales@walshsbakehouse.ie.

"We’re also hoping to hook up with other Waterford producers such as Metalman Brewery and Coffee House Lane to show how all of our products can work together, Dermot concluded.

If you want to learn more – check out www.foodthewaterfordway.com or follow us @Waterford_Way