Four Islanders will be dumped from Love Island on 3e on Thursday at 9pm. 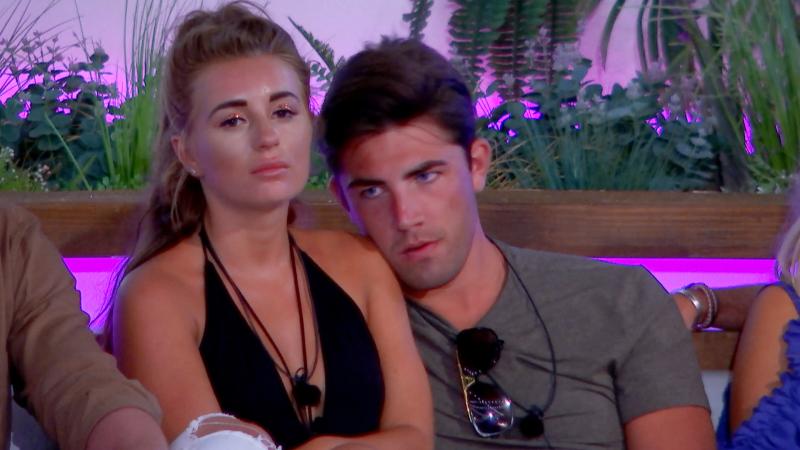 Four Islanders will be dumped from Love Island on 3e on Thursday at 9pm.

Alex is suspicious of Wes and Megan’s connection not being over.

In the Beach Hut, he says: “I am suspicious of the Meg and Wes situation. There’s something going on and I need to find out what it is. If I’m right in what I’m thinking, it’s deceitful. I need to talk to Megan straight up. I’m not going to sit back and take it.”

He speaks to Charlie about it: “There’s something sly here, something is going on. I’ve just seen Wes and Megan come back from wherever… I’m putting two and two together and I’m getting four.”

Charlie says: “I think with Megan, she can be easily swayed.”

Alex says: “Something is not adding up here mate, at all.”

Meanwhile, Wes goes to tell some of the boys about his chat with Megan on the terrace. Wes says: “She said ‘I don’t think you need me to tell you that I still fancy you and that I still like you in that way'.”

Megan tells Samira: “I just spoke to Wes on the terrace and you know how I feel, I can’t hide the fact that I fancy him. Nothing happened. I could have easily [kissed him]. He did look very cute.”

Samira says: “Oh my God, your head has gone.”

Megan says: “I was so happy when Alex walked in. I was like ‘he ticks every single box'.”

Samira tells her: “All you’ve got to do is sleep on it because this is new. You’ve buried the feelings that you had for Wes and now you’re lifting them up again. Chill tonight and wake up tomorrow morning and see how you feel.”

In the Beach Hut, Megan talks about Wes: “I don’t know what I want. I don’t know what it is about him, he cracks me up, he’s really attractive. It scares me but we do have a really good connection. So tricky!”

New boy Alex pulls Megan aside for a chat and asks about her conversation with Wes. She tells him: “Me and Wes laugh and joke and he’s a good looking boy but it’s early days. I’m not going to rule anything out but I’m happy with you right now, otherwise I wouldn’t have coupled up with you - I would have waited for Wes.”

Alex says: “So I’m not being a complete idiot here and thinking there is still something with you and Wes then?”

Megan says: “You’re not being an idiot.”

Alex says: “I know when someone is checking someone out. I’m not a jealous person. I don’t think that’s 100 per cent done.”

Dr Alex and the boys look on at the conversation. Alex says: “He can sense that things aren’t quite right today. He knows Meg has history with you, Wes. He’s not stupid.”

The next morning, Megan and Samira have another chat whilst getting ready.

Megan says: “There are pros and cons to each boy and it’s just a case of weighing that up. I can’t help how I feel when I see Wes chat to Ellie. I do get a little bit jealous and I know I have no right to.”

In the Beach Hut, Megan admits: “I’ve woken up and my mind is still all over the place. I feel like Alex is lovely but there is not chase or fun there, I know I’ve got him. There’s just something there with Wes. I can’t put my finger on it.”

In the Beach Hut, Georgia says: “It is really nice to move forward now and put things behind me. At the end of the day it was a learning curve, I’ve learnt from it and everything happens for a reason.”

Wes gets a text: “Wes and Georgia, as the only single Islanders, this afternoon you will each take two people of your choice on a date. Please now ask out your first date and get ready to leave the villa. #SingledOut #BackInTheGame”

Wes decides to take out Darylle. In the Beach Hut, he says: “I’ve always been curious about Darylle. I want to get to know her on a different level and see if that romantic spark is there, who knows? It’s all a big unknown at the moment.”

Georgia says she wants to take out Sam for her first date. She also admits to Laura that for her second date, she wants to take new Jack – who Laura is coupled up with. Georgia tells Laura on the terrace: “I feel like at the end of the day, there’s not a big batch to pick from is there? I’m not going to pick the easy route, that’s not me.”

Laura says: “Don’t say there’s not a big batch to pick from because that’s not true.”

In the Beach Hut, Laura says: “I’m not going to comfort the girl because she’s taking the guy I’m seeing out on a date. I’m nice but I’m not that nice. Give me a break! I don’t believe that Georgia doesn’t fancy Jack. I think she fancies Jack. 100 per cent.”

Georgia says: “I’ve got to think who would I have the best date with and it would be Jack because he makes me laugh.”

Laura says: “I don’t know what you want from me. Do you want me to be overly ecstatic and happy? Obviously I’m not going to be happy.”

On their date, Sam admits he was “buzzing” to be asked on a date with Georgia. He says he did fancy her from the start but she seemed happy with Josh.

In the villa, Laura has a chat with new Jack about the situation. She says she likes him and is happy but just has her guard up at the moment. Jack says “it’s just a date” with Georgia.

Megan gets a text: “Megan, please get ready as Wes would like to take you on a date. #dejavu”

In the Beach Hut, new Alex says: “I want this date to go awful. I want the rain, storms, the wind, shit food, shit wine. Just have a rubbish time!”

New Jack gets a text: “Jack, please get ready as Georgia would like to take you on a date. #hijack”

In the Beach Hut, Laura says: “What is it with everyone wanting to steal my man?! Seriously.”

On their date, Megan tells Wes she is happy that he picked her. Wes asks her: “If we had a couple more days to talk to each other do you think it would have been different?”

On their date, Jack tells Georgia: “If there was a girl at the moment who could spin my head, it would be you because out of all the girls in there, apart from Laura I’ve got to know you more than anyone… It’s a bit of an eye opener.”

How will the dates affect the couples in the villa?

THE ISLANDERS PARTY THE NIGHT AWAY ... UNTIL A TEXT ANNOUNCES A DRAMATIC DUMPING

DJ Tom Zanetti plays the tunes for the Islanders at a Ministry of Sound pool party in the villa.

Later in the night, new Alex pulls Wes aside for a chat. Alex says of Megan: “I know you took her out today. I wanted you to be a man, tell me you were going to take her out. Just tell me and I’ll be fine with it.”

Wes says: “My decision was based on who I like. In terms of who I wanted to be with in this place and who I thought would be most compatible for me, it would be Darylle and Megan so I chose them two. I spoke to Megan, she still fancies me. I put my neck on the line for Megan. In here you have to be quite selfish in terms of who you like.”

Alex says: “Do you think your connection with Megan is better than what me and Meg have got?”

Wes says: “I think it could have been. And she says the same.”

Old Ellie gets a text: “Can all Islanders gather around the fire pit immediately.”

Josh gets a text: “Islanders, the public have been voting for their favourite couple. Those with the fewest votes risk being dumped from the Island tonight. As Georgia and Wes are single, they are not included in this vote.”