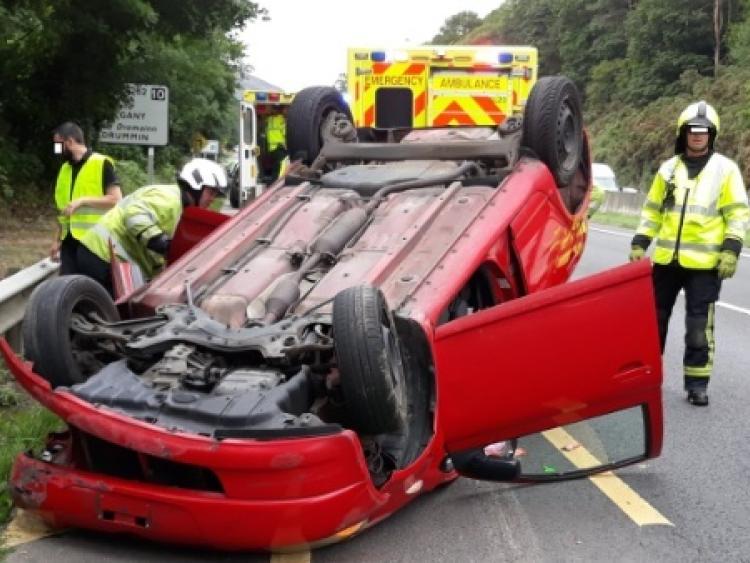 A woman with her two small children walked away with no injuries. All were wearing seat belts and the children were in properly fitted child seats, reported An Garda Síochána on their official Twitter account.