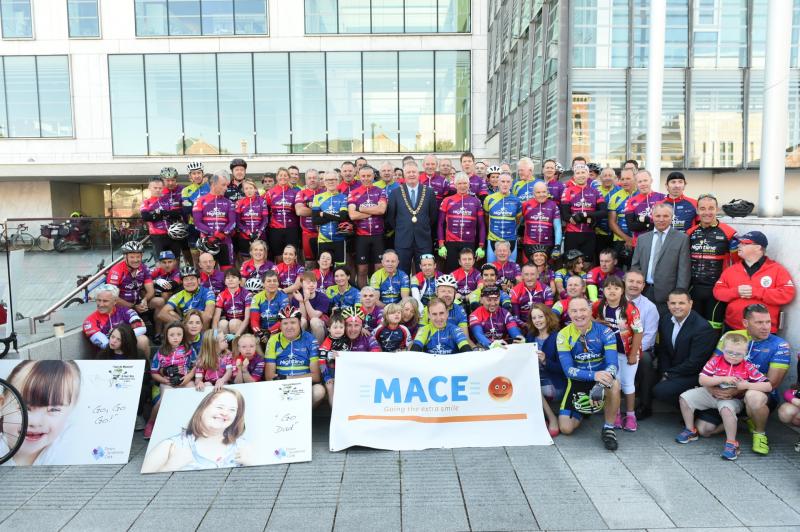 Waterford cycling legend Sean Kelly led the way in the 2018 Tour de Munster cycle in aid of Down Syndrome Ireland over the weekend.

Kelly was joined by 110 amateur cyclists on the four day, 600km trek around the six counties of Munster, raising much needed funds. Since its inception, Tour de Munster has raised approximately €2 million for its beneficiaries, and for DSI alone the tour has raised almost €1.5 million since 2010. As proud charity partners of Down Syndrome Ireland, MACE were delighted to support this year’s cycle by by stocking and running hydration stations where the peloton were revived with MACE water, fruit and cereal bars. MACE Midleton, Lismore, Rathass, Castlemaine and Kilgarvan all generously lent their support to the worthy initiative.

The four-day cycle started at Cork’s City Hall on Thursday (August 9) and took the cyclists through Cork, Waterford, Tipperary and Limerick and on to Killaloe, County Clare. On Friday they cycled through Limerick, Clare and North Kerry to Tralee.

On Saturday the group faced big climbs over the Conor Pass and Molls Gap as they made their way via Dingle and Killarney towards Kenmare, with the final day starting with a climb over the Caha Pass before finishing on the outskirts of Cork city.