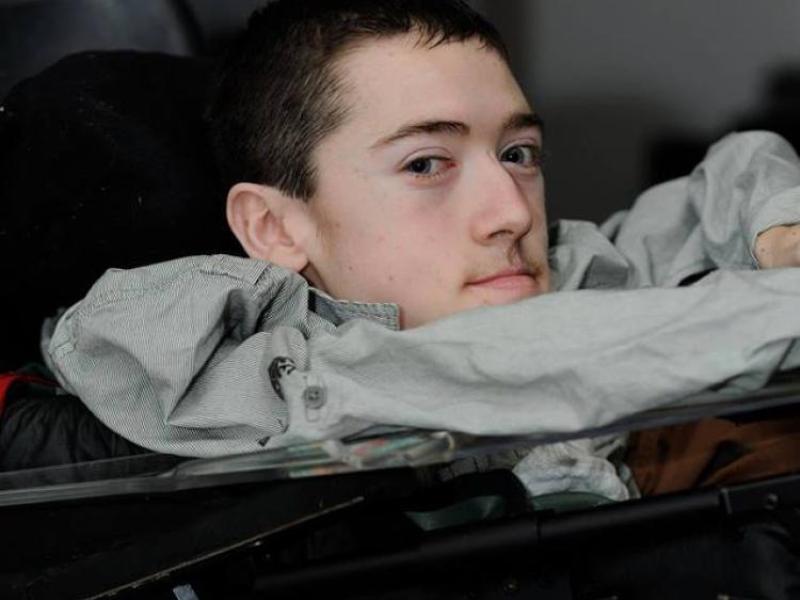 A South East man with Duchenne muscular dystrophy is determined to defy all odds and fulfill his bucket list.

Having already ticked off going to a Liverpool FC match at Anfield, finishing the Cork City Marathon, building a rally car, and owning a hot rod and tractor, Tipperary’s Stephen Ryan will host a Waxing Night at Clonmel Óg GAA Club this Saturday 11th August at 8pm.

There will be loads of prizes up for grabs on the night including a months free membership at Tailormade Health and Fitness (Cashel), a €120 car valet from Ryan's Custom Valeting and Detailing (Thurles), a €50 voucher for Valerie's Hair Studio (Cashel), dinner for two in a Maldron Hotel and a €30 voucher for ML Beauty (Cashel).

Stephen, the son of Donal and Nicola (née Kirwan) from Knockgraffon, Cahir, has been in a wheelchair since the age of six. He was in primary school in Cashel when he suddenly lost the ability to walk.

Despite being wheelchair bound, he is dreaming of landing a job working with computers in the future. He completed secondary school at Cashel Community School and more recently a course in computers at CTI in Clonmel, aimed at boosting his career prospects. He also has work experience at Morrison BMW (Cahir), Jim Strang and Sons (Kilsheelan), and Kentz Group (Clonmel) on his growing CV.

“Living with Duchenne muscular dystrophy is my way of life. I got on great in school and made many friends. My friends are always asking me to do them up CVs, make cards and give them tips on using computers,” Stephen tells Waterford Live.

Stephen’s mother Nicola lost her brothers Dermot, Christopher and Kevin - all aged between 14 and 16 - in the space of 13 months to Duchenne muscular dystrophy, a condition that results in progressive weakness and loss of muscle mass. But Nicola is optimistic about Stephen's future, crediting the advancement of technology and treatments for the condition.

Nicola proudly recalls her husband Donal pushing Stephen across the finish line at the Cork City Marathon. “It was a great moment, and going to the Liverpool and Burnley match at Anfield was brilliant too because it took us years to get tickets,” she smiles.

Stephen thanks the public for supporting previous fundraisers and looks forward to seeing everyone on Saturday night. "I am trying to raise money to get more assistive technology. I also want to design and own a show truck and to follow more of my motorsport passions. You have no idea how grateful I would be if I could actually do this," Stephen adds.