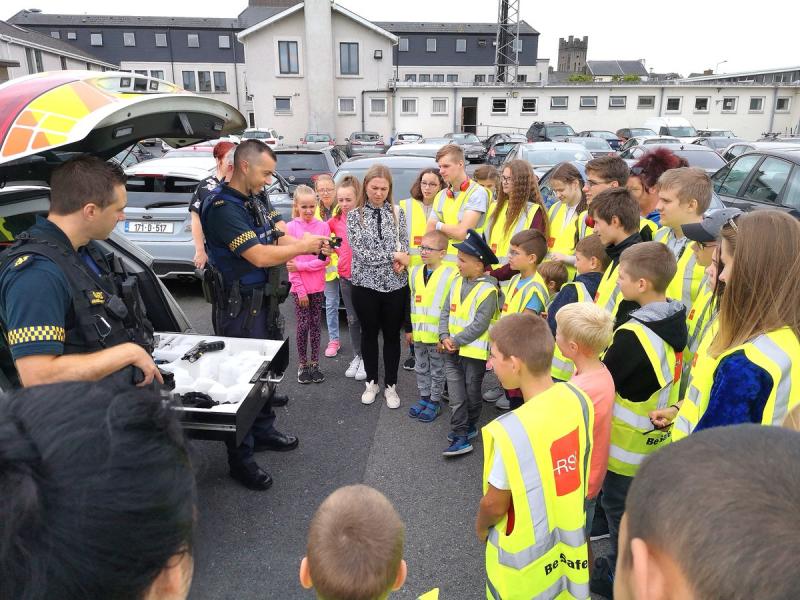 Waterford Gardaí gave the Bausch and Lomb 'Vision for Vasilivichi' charity group a tour of their station last week.

The children, from the village of Vasilicichi near Chernobyl, along with their carers and translators, come to Ireland each year for a two week summer camp.

Vision for Vasilivichi was set up in 1995 when workers at the Waterford eye health company raised money for an ambulance for the Chernobyl exclusion zone. A convoy delivered the ambulance to Chernobyl and subsequently gave aid to a school that catered for blind and visually impaired children in the nearby village of Vasilivichi.

The Bausch and Lomb employees decided to adopt the school, raising over a million euros through weekly contributions from their salaries and other fundraising efforts since then.

Waterford Gardaí welcomed the Bausch & Lomb 'Vision for Vasilivichi' Charity Group to the Station for a tour on 2nd Aug. The children, from Vasilicichi area of Belarus, Chernobyl, along with their carer's and translators, come to Ireland each year for a 2 week summer camp pic.twitter.com/C1b5ym4ZyQ