10 years on from one of the most-watched RTE News clips of all-time, Coors Light have paid tribute to the legend that is "the guy who slipped on the ice' on RTÉ News.

The incident happened on January 2010 and Coors have marked the anniversary by erecting a plaque in commemoration at the site of the infamous slip.

Footage of the report by John Kilraine showed the man slip and fall on the ice-cold pavement while holding a bag that came tumbling down with him on Dublin City Centre’s Church Street near the Four Courts. 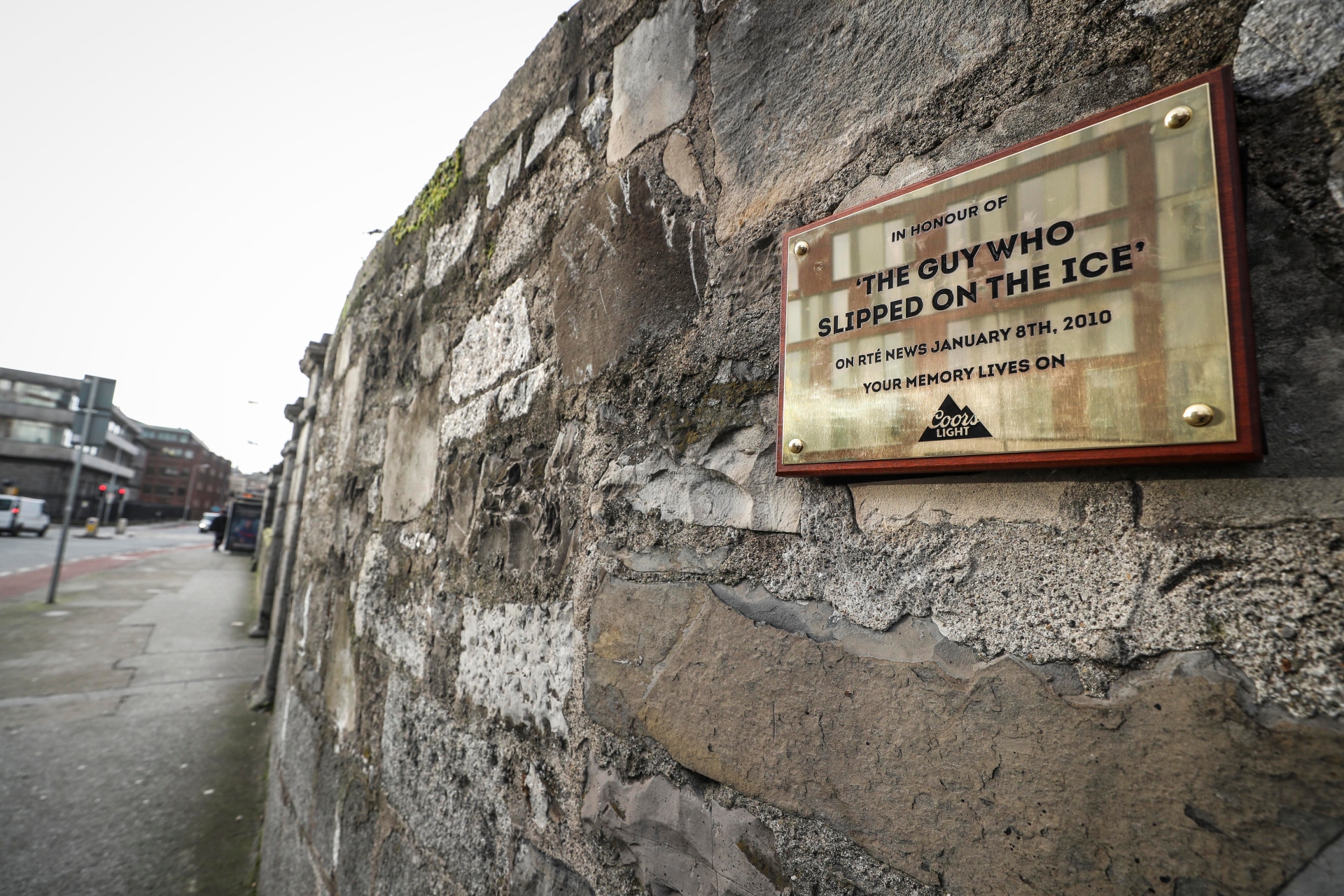 Conor McIntyre, Senior Brand Manager, Coors Light said: “There are a few key moments on Irish television that are memorable enough to talk about again and again. We felt this deserved a resurgence. We’ve recently completed The Rockies Awards, rewarding victories in life, big and small and we thought this lad definitely deserved some recognition for making it on to RTÉ News, ten years ago!”

There has been speculation as to who the non-intentional stunt man is for years, but the weather that brought him to our attention has repeated appeals for his identity over the past ten years bringing nothing but snowy silence.