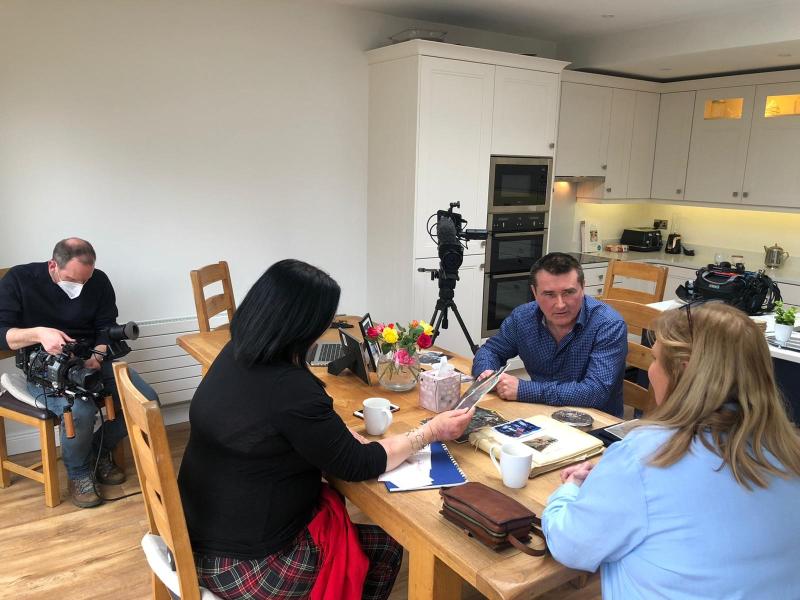 Donate For Dementia from March 22-28

The Alzheimer Society of Ireland (ASI) is teaming up with Virgin Media Television for a special Donate For Dementia week of activity from March 22-28.

The week will raise much-needed awareness and vital funds for the charity to support people with all forms of dementia, which affects half a million Irish families.

From March 22, Virgin Media TV studio shows from Ireland AM to The Tonight Show will include special programming to put the spotlight on people living with dementia, family carers and ambassadors, along with staff and friends of the ASI.

Virgin Media Television presenter Martin King will open up about his own personal experience with dementia in a special documentary called We Need To Talk About Dementia on Virgin Media One on March 28 at 8pm.

Martin’s mother, Christina, was diagnosed with dementia and sadly passed away in 2019. His father, Martin senior, who was in the same nursing home and room as his mother died just four weeks before her.

Martin talks to members of his own family, people in the community and those with a lived experience of dementia about lifting the stigma that is often associated with disease.

The special awareness and fundraising week will conclude with the broadcast of the Finding Jack Charlton documentary on Virgin Media One on March 28 9pm. This compelling documentary, which the ASI is a charity partner for, looks at this Irish sporting legend and his previously undocumented life with dementia.

It features contributions from Jack’s family for the first time, including his wife Pat and son John. They are supported by major figures in football, music, film and politics. The documentary also features unseen archive footage, capturing behind the scenes with Jack and the Ireland team during the World Cup in 1990 and on the road to their qualification for the 1994 World Cup in the USA.

Pat McLoughlin, CEO of The Alzheimer Society of Ireland, said: “I am delighted that the ASI is teaming up with Virgin Media Television for a special week of activity to mark the TV launch of the powerful Finding Jack Charlton documentary.

"Jack lived with dementia in the final years of his life, and this excellent documentary focuses on his love for his family and those extraordinary years when he brought Ireland to Euro 88 and two World Cups, boosting our national pride beyond comparison.

"There are 64,000 people living with dementia in Ireland and each year there are 11,000 new cases. That means today, tomorrow and the next day 30 people per day will be diagnosed.

"This one-week partnership will raise so much awareness and much-needed funds to support those living with dementia and their carers. We are just so grateful to Virgin Media and the makers of the Jack Charlton documentary Noah Media Group for helping to put this spotlight on people with dementia and their family carers during this week. We are all really looking forward to it now.”