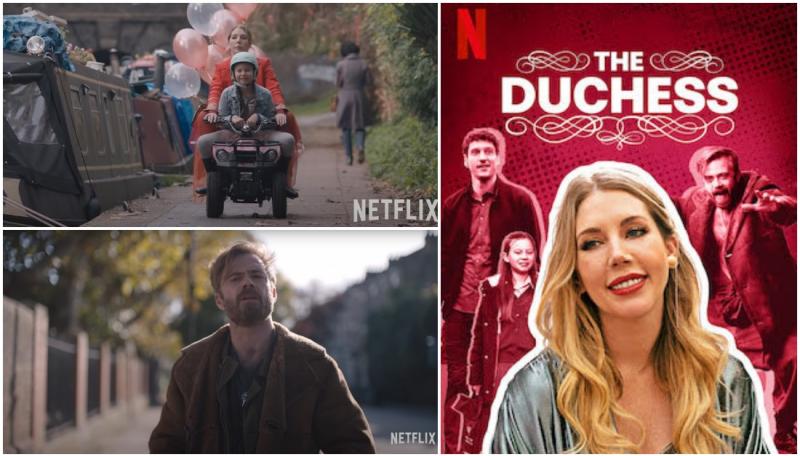 The Duchess is a six-episode series comedy written by and starring Katherine Ryan. An authentic extension of Katherine’s stand-up comedian stage persona, The Duchess explores the unique world view of a fashionably disruptive all-round bad person whose redeeming quality is that she’ll sacrifice everything to be a good parent.

The series follows the powerful and problematic choices of a fashionably disruptive single mom living in London.

Her daughter, Olive, is her greatest love so she debates a second child with her greatest enemy - Olive’s dad. Can two wrongs make another right?

Nearly a decade ago, Katherine got pregnant by Irish boyband pop star, Shep Knight (Rory Keenan). ‘The last guy to get up off the stool’.

He would soon become her greatest enemy, but they now keep a lid on their mutual disdain for one another for the sake of their exquisite daughter, Olive.

Olive is the love of Katherine’s life, and The Duchess wonderfully illuminates the intricacies of very modern and celebrated single motherhood in London.

Now in a position to grow her family, Katherine debates whether it makes more sense to have a baby with her very devoted new boyfriend, go it alone, or double-down on her first mistake and have another child with her nemesis, Shep.

Katherine’s strength of character and singular perspective challenges everyone around her and the audience in a fantastically entertaining way - it is unapologetic and confrontational - and she manages to be sympathetic and vulnerable in her own trademark way.

The Duchess premieres on Netflix on September 11.