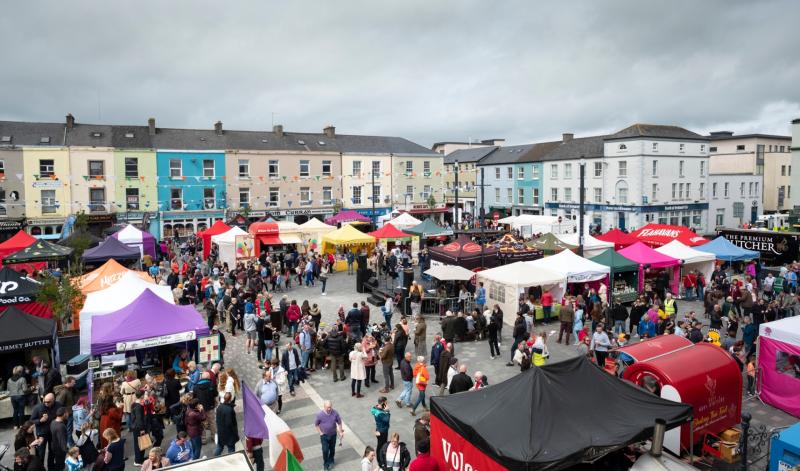 The 13th annual West Waterford Festival of Food will take place from April 17-19 with over 100 free and ticketed events.

The 2020 theme, for what is one of Ireland’s biggest foodie festivals, will explore what it means to be sustainably Irish.

Tickets for all events will go on sale from March 18 at www.westwaterfordfestivaloffood.com.

Showcase experiences from the 2020 festival programme will include the Great House Dinner with renowned chef Eunice Power at Woodhouse Estate in Stradbally and a FoodCloud feast made with surplus food from zero waste chef Conor Spacey at The 2 Sisters Restaurant.

“Waterford’s culinary reputation has soared in recent years, especially having been named Foodie Destinations winner last year. Our festival is a showcase of the food from this region, shining a spotlight on West Waterford producers, chefs, suppliers, growers and brewers," says festival director Gemma Tipton.

Brand new 2020 highlights will include the rediscovery of the art of table talk through canapés by Jess Murphy of Kai Galway, a Moroccan party with the team at Mezze, a picnic river cruise and a Gatsby-inspired feast marking 100 years since prohibition.

There will be a masterclass from Josh Sutton (aka the Guyrope Gourmet) on making feasts in the smallest spaces, a talk on what salty snacks work with wine from Cliff House Hotel sommelier Audrey Biraud, and an apple-inspired array of food delights by Carol and Annemarie Prendergast of The 2 Sisters Restaurant at Legacy Cider.

There will be a vegan cooking demo from 360 Cookhouse’s executive chef Greg Harris and an Argentinian barbecue by chefs Shane McGrath and Paula Hannigan at the Dungarvan Brewery.

A further addition to the 2020 festival are the Industry Sessions, presented in partnership with the Local Enterprise Office. Workshops on food photography, storytelling, food styling and dealing with the media along with a session on the reality of setting up a food business are planned.

“Sustainability is a big focus for us, and we want to shine a light on being sustainably Irish - what those involved in the festival do, how they do it, and what impact they have on society and the environment. From foraging with Marie Power, The Sea Gardener at Clonea Strand, and Andrew Malcolm on the Waterford Greenway and Ballysaggartmore Towers, to hopping on the Family Farm Bus to local producers and farmers, there are chances to see first-hand across the festival where our food comes from," Gemma says.

For budding young foodies, there will be over 40 family-friendly events this year including free Glanbia family fun days, interactive workshops on healthy eating and cooking, and how to grow crops from seeds. There will be tips to reduce food waste by FoodCloud, biscuit baking classes, a teddy bears picnic, food treasure hunt and family yoga sessions.

Live entertainment during the festival will include an evening of music, stories and chowder with Stocktons Wing's Mike Hanrahan, and a play about Ireland’s first celebrity chef Maura Laverty called This Was Your Life.

“We invite everyone to visit West Waterford from April 17-19 and indulge in the region’s best food, drink and live entertainment.”