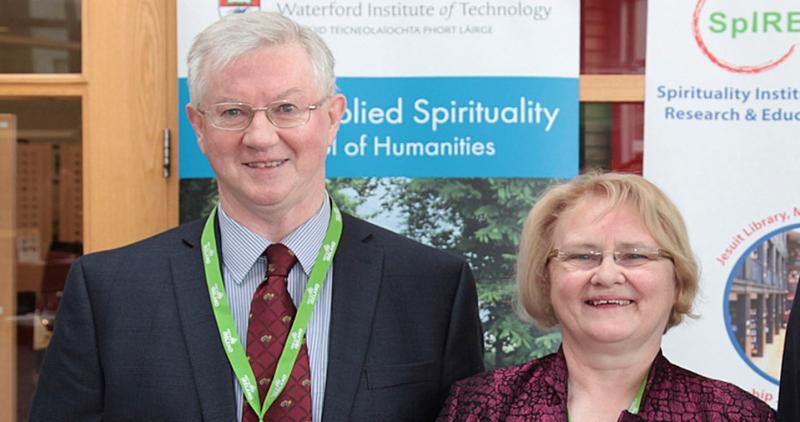 The growing interest in the study of spirituality across the world is one of the significant signs of our times.

In line with this development, an historic international conference on Spirituality in Society and the Professions has been announced and will take place in Waterford Institute of Technology (WIT) from May 16-18.

The topic of the conference is related to the Routledge International Handbook of Spirituality in Society and the Professions, edited by Laszlo Zsolnai and Bernadette Flanagan. This original book will be launched at the conference by RTÉ's Michael Comyn.

The conference has attracted speakers from the United States, Australia, Hungary, Belgium, Spain, Rome, Norway, the Netherlands, the UK and Ireland, some of whom are contributors to the book. It intends to show how professions have already, and can in the future, gain a good deal in insight and wisdom by embracing spirituality in their working models and practice. In this way, they will be a form of spiritual capital for personal, social and planetary well-being.

Dr Michael O'Sullivan and Prof Bernadette Flanagan, who are recognised international leaders in the field of spirituality studies in higher education and lead the WIT MA in Applied Spirituality which takes place in Dublin, are delighted to be involved in the organising of this conference at WIT because it shows how a university level institute of technology in the South East, an education and research Institute of Spirituality in Dublin, and a European Institute for Spirituality in Economics and Society based in Hungary can come together to serve the spiritual quest of people in society and the professions.

"This is the first time in this country that such a number of high level spirituality publications will be launched on the same day," said Dr O'Sullivan. "My hope is that an outcome of the conference and the book launches will be to attract more people to do the MA in Applied Spirituality, as well as to add to the graduates that Bernadette and I have worked with in recent years who have been publishing, presenting at conferences and/or going on to do PhDs in spirituality."

There is evidence of the increasing recognition that spirituality is a dimension in almost every sphere and aspect of social life. The conference aims to discuss the most important issues, frameworks and problems regarding spiritually-related activities in different fields of social life.

"We are also delighted that at this conference some of our spirituality graduates will launch their books while others will present papers," added Prof Flanagan.