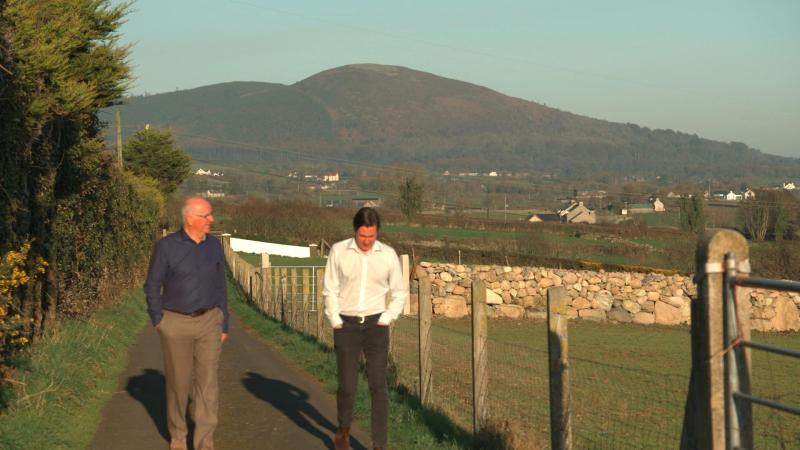 As the never-ending Brexit saga continues with a disastrous UK crash-out still possible, The B Word: What Brexit Means for Ireland examines what that could mean for Irish people, the economy and everyday life.

Presented by Virgin Media News economics correspondent Paul Colgan, the documentary looks at how the cost of living could rise dramatically, as we import many of our goods from Britain. It also weighs up the impact on Irish exports, as farmers worry about potentially massive tariffs on their products.

The B Word addresses concerns about the re-emergence of a hard border on the island should Brexit end badly and how such an outcome could lead to turmoil here.

To press home the need to avoid checks at the border, Taoiseach Leo Varadkar told European leaders last year about the most devastating IRA attack on a customs installation during The Troubles. The bomb attack in 1972 killed nine people, including four customs officials at Newry Customs House.

Among those who narrowly avoided death that day was Thomas Colgan, father to Virgin Media News economics correspondent Paul Colgan. In this documentary, Paul interviews his dad about what happened when the bomb exploded. “I could hear raised voices. And with that the alarm went off and I bolted for the back door. I just got in through that door, the door closed and the thing went off. At one stage I thought I was blind, but it was dust. The only thing keeping my clothes together was the collar of the coat and the belt of the trousers - all the seams were busted. It was a mad mad time," Thomas Colgan recalls.

“In 1972, 496 people died. And I don’t understand why anyone would even think of risking that ever happening again. If you went to London and scaled that up as a percentage of population, that’s about 3000 people in a year. If that had happened there, there would have been something done about it. It wouldn’t have lasted 30 years.”

In addition, Paul speaks to Dublin Port CEO Eamonn O’Reilly who says that unless Britain decides it will stay closely aligned to Europe, then checks will be needed at ports, driving up costs and leading to delays. “The only way you can have frictionless trade in the future as we’ve had in the past is for Britain to be a member of both the Customs Union and the single European market. Anything less than that means there will be checks.

“If, for example, Britain remains in the Customs Union but not the single market, there is every possibility that food standards will diverge and the food products will therefore will have to be checked in the way we’re planning for”.

Mr O’Reilly says that any additional checks would add to costs for haulage operators and these costs would inevitably be passed down the line to Irish consumers.

Professor Jim Dornan, respected doctor and father to 50 Shades of Grey star Jamie Dornan, also talks to Paul and says Brexit has forced him to consider a plan that could see the two parts reunited. From a Unionist background in north Down, Professor Dornan says a ‘new Ireland’ will have to be debated over the coming years ahead of any possible border poll.

“I would like to be part of a movement that encouraged people above politics to get together so that when we do eventually have a vote that we’ll have facts."

The B Word: What Brexit Means for Ireland airs on Virgin Media One on Thursday at 7.30pm.