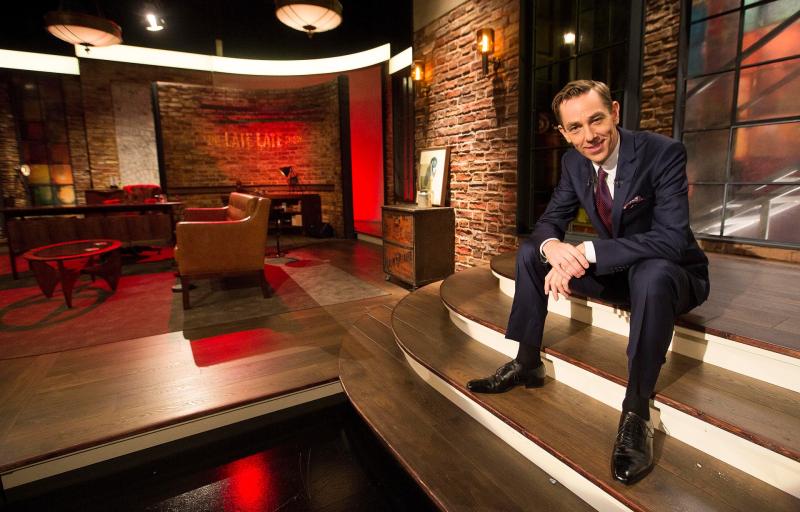 The Late Late Show will celebrate a summer of Irish sporting triumphs and hear from one of Donald Trump’s most vocal supporters, Piers Morgan, when it returns on Friday night, September 7.

Host Ryan Tubridy is set to be joined in studio by a host of sporting stars when the Late Late returns for a 57th series tomorrow night at 9.35pm on RTÉ One.

The Irish Senior Women’s Hockey Team will be chatting about their stunning success when they made history becoming the first Irish sporting team to reach a World Cup final; the huge support they received from home and the impact their victory is having on hockey in Ireland.

They waited 45 years and this year the Limerick Senior Hurling team finally lifted the Liam MacCarthy Cup much to the joy of their county. Manager John Kiely, captain Declan Hannon and strength and conditioning coach Joe O’Connor will be in studio to discuss how they did it.

Following their success at the European Championships Ryan will be hearing from gymnast Rhys McClenaghan about beating Olympic champion Max Whitlock to win pommel horse Gold twice in one year; hurdler Thomas Barr about becoming the first ever Irish man to win a medal in a sprint event in the history of the championships; and swimmer Ellen Keane will tell viewers about the Irish team’s huge success in the European Para Swimming and Athletics Championships including her own victory in the 100m breaststroke SB8.

Ryan will also be chatting all things Donald Trump with the man who counts the US President as a friend, Piers Morgan. The Good Morning Britain presenter will be telling Ryan why the Irish should be welcoming President Trump when he visits in November and why he continues to support him despite his unpopularity on this side of the Atlantic. He’ll also be telling viewers why he, as an avowed Remainer, still believes that the British should Brexit and the Irish and the EU need to accept the UK voters' decision.

It was the rescue mission that gripped the world and Clare based cave diver Jim Warny found himself right in the middle of it when he helped to successfully rescue 12 young boys and their coach trapped in a Thai cave. He will tell viewers just how dangerous the mission was for the divers, why he was willing to risk his life to save the group and how close to disaster the boys really were.

When Carlow Rose Shauna Ray Lacey took to the stage at the Rose Dome she won the support of the nation as she opened up about her parents’ struggle with heroin addiction and the impact it had on her life. Shauna and her mum Angela Ray join Ryan to discuss their story of battling through and inspiring others to do the same.

Plus music from James Vincent McMorrow; and Beverley Craven sings the 90s classic Promise Me.

Only on The Late Late Show, RTÉ One, Friday, September 7th at 9.35pm