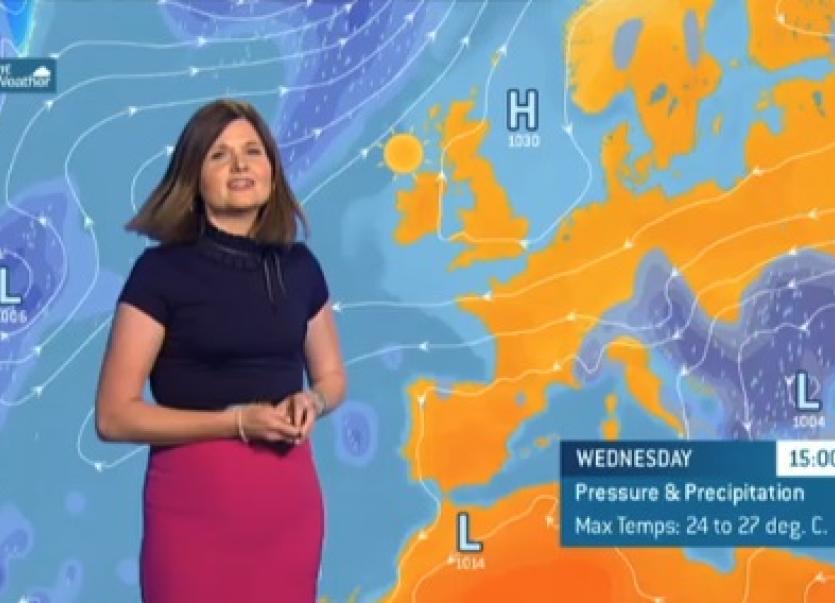 Met Éireann is predicting a major change to our weather next week with the country currently basking in near-record temperatures.

The heatwave looks set to continue for a few more days at least with the mercury hitting 30 degrees in some parts again on Thursday and up to 29 on Friday. Saturday will be slightly cooler with showers in the east and highs of 25 elsewhere with more fine sunny spells.

Showers will be more scattered on Sunday and Monday but temperatures will still sit around 24 degrees both days with some sunny spells also.

Sunny spells with well-scattered showers. Quite warm too with highest temperatures of 22 to 25 degrees in a light or moderate northerly breeze. Largely dry and clear overnight however showers will move onto northwestern coasts towards dawn. A mild night with temperatures generally holding above 14 degrees.

From Tuesday onwards we will see the biggest change with Met Éireann describing conditions for mid to late next week as "rather changeable."

They say there will be more showers on Tuesday and "possible longer spells of rain mid-week."

"Temperatures falling further back, with highs in the high teens to low 20s and cooler nights too."