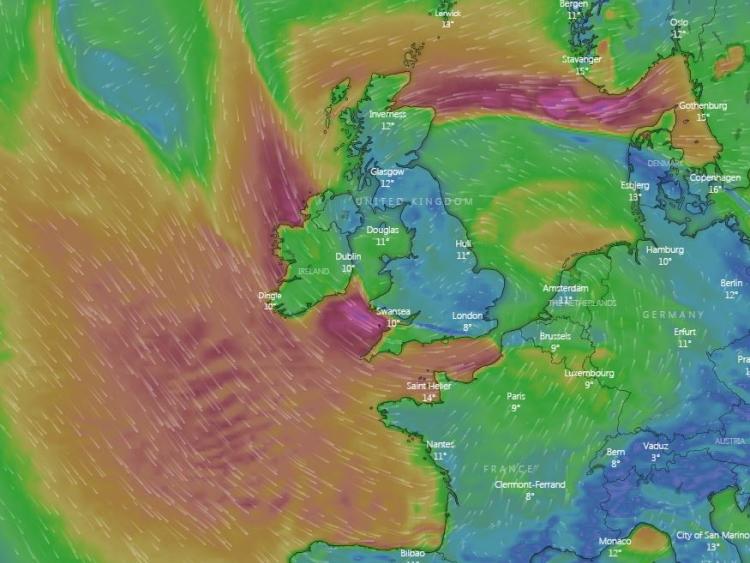 Storm Alex has been named by the French Met Office and it will bring some inclement weather in the coming days.

According to Met Eireann, Storm Alex and associated lows and fronts are forecast to bring wet and windy weather across France, Britain and Ireland over the rest of the week.

You can watch the track of the storm in this tweet from Met Eireann.

Storm Alex has been named by @meteofrance

See its development on our new wind and streamlines product. The colours use the warning levels of yellow, orange and red for wind speeds.