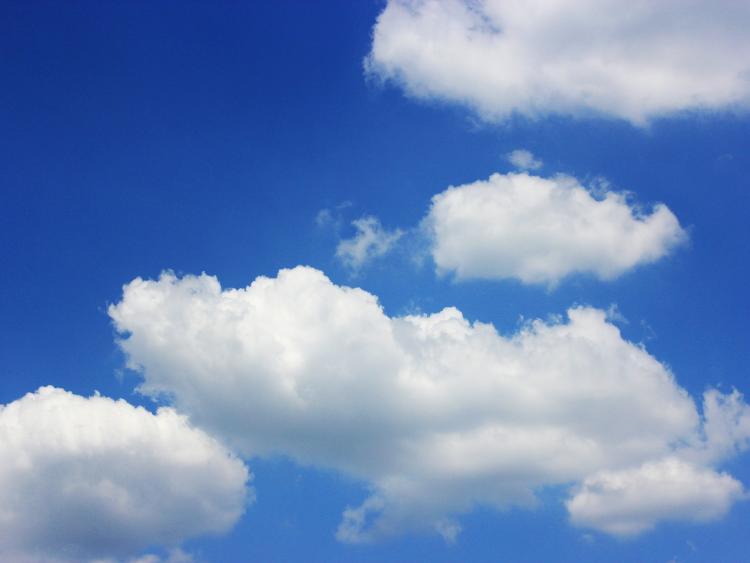 Ireland's weather will be warm and humid initially with week, gradually turning cooler from the northeast from midweek, according to Met Éireann.

Showers or rain at times, mostly in the west.

Some showers will affect western parts, possibly heavy and prolonged at times later. Mostly cloudy overall, but spells of hazy sunshine will occur at times too.

Warm and humid, with maximum temperatures of 18 to 22 degrees, in mostly light to moderate southeast breezes with mist and drizzle affecting some southern coasts and hills.

Tonight will be mild and humid tonight with variable cloud amounts and scattered showers. The showers will become confined to the east and north overnight. Lows of 11 to 15 degrees. Mist and fog patches will form towards dawn in the mainly light south to southeast breezes.

Tuesday
Tomorrow will start out cloudy in many areas, but largely dry. Warm sunny spells will develop as the day goes on but scattered showers will break out also, mainly over the western half of the country. Some of the showers could be heavy. Highest temperatures of 19 to 23 degrees, warmest in Leinster, in light southerly or variable breezes.

Variable cloud and clear spells on Tuesday night, with scattered showers, mainly in the west, but a few drifting further east. Areas of mist and fog will form in the slack winds. Lows of 12 to 16 degrees.

Continuing mild overall, with bright or sunny spells and scattered light showers, once early mist and fog patches clear. Maximum temperatures will range 20 to 22 degrees generally, but a little cooler in east Ulster and along Irish Sea coasts with the cool onshore east to northeast breezes capping temperatures at 17 to 19 degrees.

Mainly dry with clear periods on Wednesday night, and just the odd light shower. Mist and fog patches will reform in the light easterly breezes. Lows of 11 to 15 degrees.

Thursday will start out dry with variable cloud and sunny intervals, once early mist and fog patches lift. Some showers may develop in the afternoon though, mainly in Munster and Connacht. Maximum temperatures will range 16 to 20 degrees, coolest in the east and northeast and warmest in the west. Light easterly or variable breezes.

Dry in many areas with sunny spells. However, showers will affect the west and northwest. Highest temperatures of 16 to 19 degrees with light northeasterly breezes.

Largely dry and settled conditions indicated with high pressure dominating the weather pattern, though there is a possibility of some rain or showers in the south. Temperatures generally close to average for September.