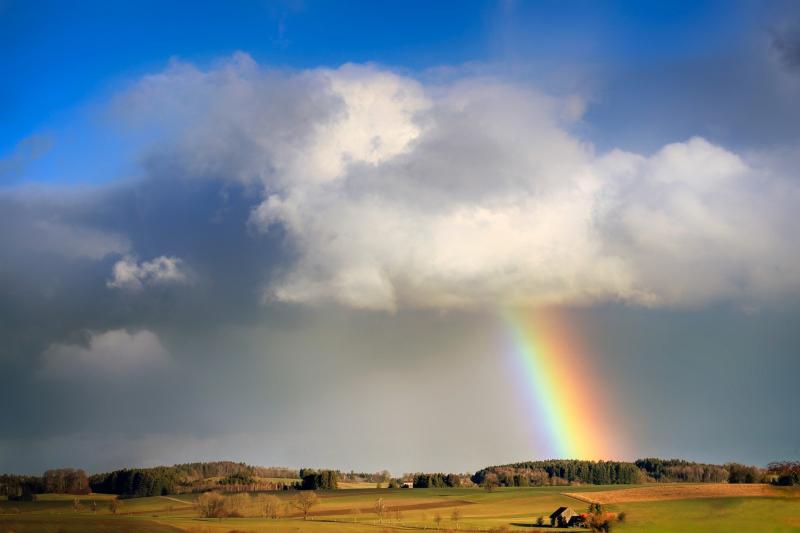 There will be unsettled conditions over the week and bank holiday weekend, according to Met Éireann. Warm and humid initially but becoming fresher for the weekend, with showery conditions and further rain expected on bank holiday Monday.

Dry spells with cloud increasing in the north and east this Wednesday morning. However, rain in the south and west will extend northeastwards during the day, reaching Ulster by late afternoon. The rain will be heaviest in the southwest and along Atlantic coasts with spot flooding possible. Highest temperatures of 14 to 17 degrees, in moderate to fresh, south to southeast winds.

Tonight, the rain will continue to move northeastwards, with some heavy bursts in places. A clearance will follow into the southern half of the country during the night. Lowest temperatures early in the night of 11 to 15 degrees with temperatures rising later in the night. Moderate to fresh southerly winds will increase strong along Atlantic coasts towards morning.

Thursday
Rain will clear Ulster during Thursday morning with dry conditions and sunny spells developing further south. Warm, humid and dry with good sunshine for most of the country by the afternoon with highest temperatures of 18 to 22 degrees in moderate to fresh southerly winds, continuing strong along Atlantic coasts.

A mostly dry and clear night but cloudier conditions will move in from the west with outbreaks of rain slowly moving into Atlantic coastal counties during the night. A humid night with lowest temperatures of 13 to 15 degrees in moderate to fresh southerly winds, stronger along western and northwestern coasts.

A warm and humid day with the best of the sunny spells in the northeast of the country during the morning. Outbreaks of rain with some heavy falls possible will move slowly eastwards but becoming patchier during the afternoon and evening with drier and sunnier conditions following. Highest temperatures of 18 to 23 degrees in light to moderate southerly winds veering westerly as the rain clears.

A largely dry Friday night with good clear spells and just isolated showers coming in off the Atlantic. Cooler than previous nights with lowest temperatures of 9 to 13 degrees. Mist and fog will form too in mainly light westerly breezes.

Dry for most of the day apart from isolated showers. Generally cloudy though with just a few sunny spells but showery rain will move into western areas towards evening moving northeastwards. Cool for the time of year with highest temperatures of just 15 to 19 degrees in light to moderate westerly breezes. Overnight, outbreaks of rain will affect mainly the northern half of the country with drier and clearer conditions further south. Lowest temperatures of 9 to 12 degrees.

Mostly dry to start with sunny spells however scattered showers will move in from the Atlantic, becoming more widespread during the day. Highest temperatures of 15 to 19 degrees in light to moderate westerly breezes. Becoming cloudier in the southwest during the evening ahead of rain pushing in.

A wet start generally with Ulster and north Leinster likely holding dry until later in the morning. Rain will track northeastwards with some heavy falls possible. Southwestern areas will likely see a clearance with some sunny spells towards evening. Highest temperatures of 15 to 19 degrees in light variable breezes, increasing moderate and northwesterly in direction.