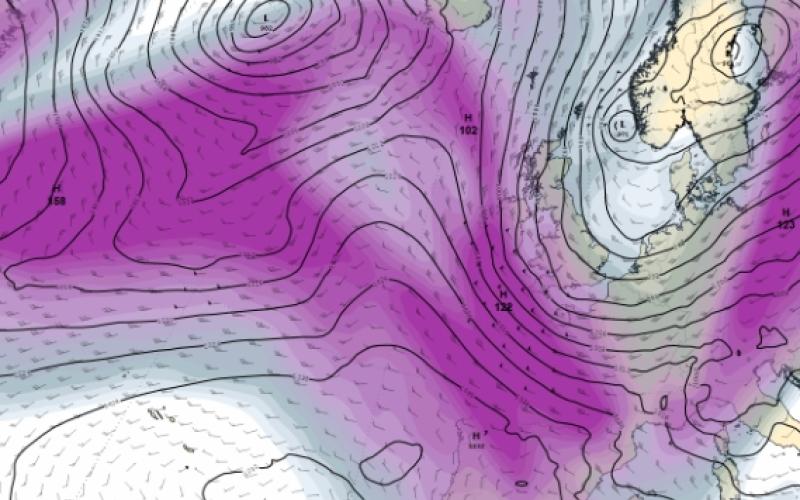 The latest Met Eireann weather forecast for Ireland for the weekend has warned of a risk of potentially stormy conditions in places.

Met Eireann’s says that it's s Forecast Office have been monitoring developments for Sunday, December 8 'for a number of days' and confidence is mounting for 'a period of potentially stormy weather' for some parts of the country.

According to the forecast, on Sunday it will be very windy with possibly stormy in Atlantic coastal areas, with strong to gale force southwesterly winds and with the risk of severe and damaging gusts, especially in the southwest, west and later in the northwest.

The weather forecast for Ireland for Friday from Met Eireann is for a fresh and blustery day with widespread showers during the morning. The showers will become more scattered during the afternoon before retreating to Atlantic coastal counties by evening. Highest afternoon temperatures of 7 to 10 degrees in fresh and gusty west or southwest winds.

Dry in most areas on Friday night, with clear spells, but a few scattered showers will occur, mainly in western and northwestern coastal areas. Minimum temperatures 5 to 8 degrees, in moderate westerly breezes. More persistent rain and drizzle will develop on west and northwest coasts by morning.

The weather forecast for Ireland for Saturday from Met Eireanne is for it the become mild with outbreaks of rain extending from the Atlantic, affecting mainly parts of Connacht and Ulster, but staying mostly dry in Munster and Leinster, with just a little patchy light rain or drizzle, chiefly on coasts and hills. Maximum temperatures 9 to 11 degrees, in moderate to fresh Southerly breezes.

Later on Saturday, a spell of heavy rain will develop in Atlantic coastal areas, extending eastwards during the evening and early night, with strengthening southerly winds. Rain will clear to scattered showers on Saturday night and winds will veer southwest to west, but they'll strengthen even further on Atlantic coasts, increasing strong to gale force there. Minimum temperatures 4 to 7 degrees.

The weather forecast for Ireland for Sunday from Met Eireann is for it to be very windy, possibly stormy in Atlantic coastal areas, with strong to gale force southwesterly winds and with the risk of severe and damaging gusts, especially in the southwest, west and later in the northwest. There will be some bright or sunny spells, but squally showers also. Cold, with maximum temperatures of 7 to 10 Celsius. Minimum overnight temperatures 4 to 7 degrees, with winds very slowly easing later.