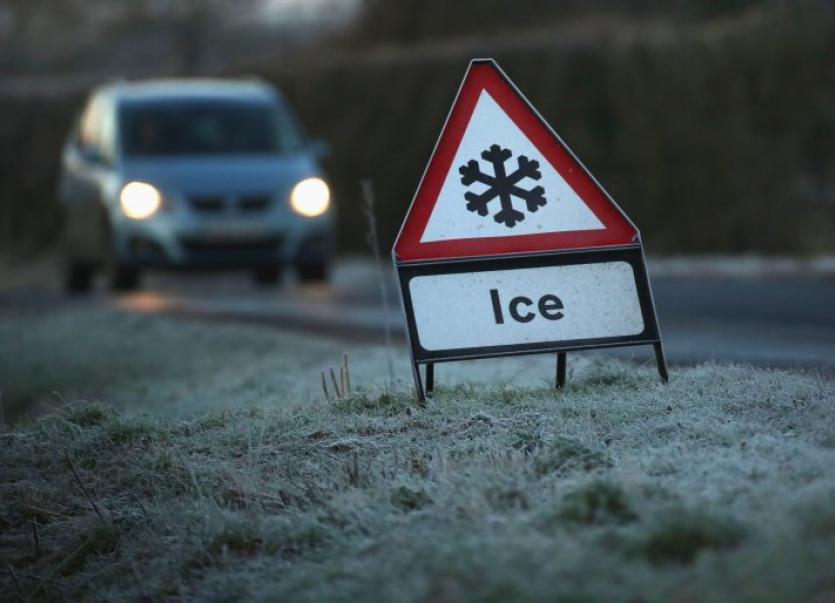 Warning of icy roads as country braces for weekend freeze

Met Eireann is warning of sleet, snow, hail, freezing temperatures and a risk of icy stretches roads in the coming days as the weather continues to turn colder.

It will be dry in most places today (Thursday) apart from isolated showers in the north and northwest. Mostly sunny skies will give way to hazier and eventually cloudier conditions extending from the Atlantic. Afternoon highs of 4 to 7 degrees. Light to moderate northwesterly breezes, backing southeasterly by the end of the day.

According to Met Eireann, it will be cold tonight, with some frost in places. Wet and breezy conditions will extend across the country, from the west, preceded in places, by some sleet and wet snow. Temperatures between zero and 2 degrees, early in the night, but values rising in most places by dawn.

The national forecaster states that it will be cold and breezy and wet for a time in the morning on Friday, but brighter by afternoon, with sunny spells and showers. Most of the showers will be in Atlantic coastal counties, where some will be heavy and prolonged. Top temperatures 6 to 9 degrees in fresh and gusty southeast winds which will become moderate to fresh southwesterly.

According to Met Eireann, there will be 'a cold regime for the weekend' and well into next week. Temperatures below normal with frost most nights and a high risk of icy patches. Cold overnight on Friday night with clear spells and showers, some showers heavy, with a slight risk of hail. Lowest temperatures -1 to 2 degrees, with some frost in places and some icy stretches on roads.

According to Met Eireann, early frost will clear on Saturday morning and there will be some bright or sunny spells, but the occasional showers also. These showers will be heaviest and most frequent in west Munster and west Connacht, where it will be breezy, with fresh and gusty northwest winds. Top temperatures will be between 6 to 9 degrees. Cold and locally breezy overnight, with a mix of clear spells and showers. Once again, the showers expected to be most frequent in western counties. Lowest temperatures -1 to 2 degrees, coldest in northern and eastern areas. Some frost under clear spells too.

Patchy frost will clear on Sunday morning with some good sunny spells developing, but breezy for a time, with fresh northwest winds. Most places will remain dry, apart from a few showers in the morning. Top temperatures 5 to 7 degrees but it will be cold and very frosty overnight, with icy roads. Lowest temperatures zero to -3 C.

According to Met Eireann, frost and ice will clear slowly but it will be mainly dry with sunny spells. Top temperatures 5 to 8 degrees during the day but it will be cold overnight. Some frost for a time, with a spell of heavy rain expected to move in off the Atlantic overnight, possibly preceded by some further wintry weather for a time.