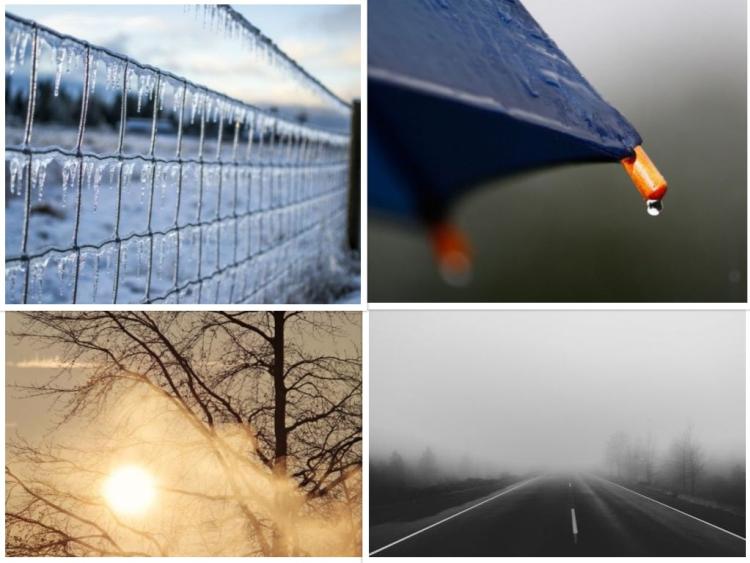 According to Met Eireann, the weather is set to mixed this weekend with some bright spells but also some showers and more prolonged outbreaks of rain.

It will be cool and bright today (Friday) with good sunny spells and scattered blustery showers. The focus of the showers will be in the northwest and west, with the slight risk of hail.

It will be cold tonight in northern counties with some frost, and cool early on elsewhere also. Scattered outbreak of rain will move up from the southwest overnight, accompanied low cloud and mist. Lowest temperatures 1 to 7 degrees Celsius. The rain will begin to clear northeastwards later tonight.

According to Met Eireann, it will be damp and possibly foggy to begin on Saturday morning with some lingering overnight rain. Drier and brighter for the afternoon in near calm, but with limited sunny breaks. Highest temperatures of 6 to 10 degrees. Rain will reach west and southwest peripheries by early nightfall.

Wet on Saturday night as rain becomes widespread from the south early in the night, with some heavy falls in places. Extensive mist and fog developing on higher ground also. The rain will tend to become more scattered in many areas late in the night.

The national forecaster states that it will be mostly cloudy on Sunday. There will be showery rain during the morning with dry periods. More persistent rain, however, will develop during the afternoon, with heavy falls in parts of the west and north. Highs of 8 to 12 degrees, highest in the south in mostly moderate southwest breezes fresh and gusty near the south and southwest coasts.

Cool with dry periods on Sunday night but further rain later across the southern counties.

There will be rain in southern counties on Monday morning, but rather cold, drier and brighter conditions in northern areas will extend to all parts in the afternoon and cool with afternoon highs of 5 to 9 degrees Celsius as northerly winds set in. Frosty on Monday night with lows of -2 to +2 degrees Celsius.