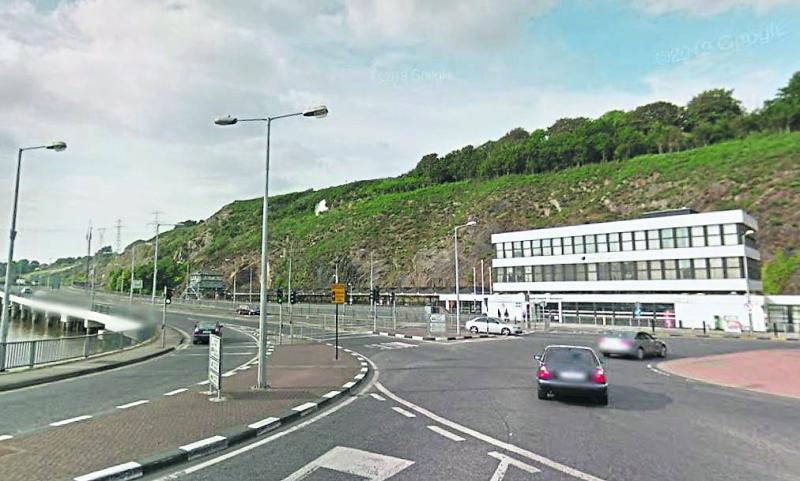 Long-awaited cliff face remediation works around the vicinity of Plunkett Station in Waterford city will aim to prevent future rockfalls and open the area up to further development.

Slope instability and the risk of rockfalls is currently threatening existing railway infrastructure and public safety, consulting engineers have stated.

Remedial works in the form of rock bolting, netting & drainage measures (stabilisation) and rockfall barriers and embankments (protection) are proposed for the site.

The section of the rock face to be addressed is approximately 400m in length and extends from twenty-five metres west of the existing gantry signal box eastwards to a point where the rock slope terminates at its junction with the R711 railway overbridge.

Historically a number of landslides have occurred along the extents of this rock face.

Iarnród Éireann track inspection records provide evidence of this with rockfalls of varying size being recorded in the 1950s, 1977, 1983 and 2013.

Ecological surveys undertaken in September 2018 and the separate AA Screening has informed this assessment and has found that the proposed development will result in small amount of habitat being lost or damaged.

The habitats which will be affected include exposed rock, scree and loose rock, and scrub.

Therefore, the loss of biodiversity is not considered to be significant and the proposed.

Redevelopment of these areas will have minimum impact on the quality and regenerative capacity of natural resources in the area.

The most complex aspect of this project is likely to be managing rail traffic and ensuring access is maintained to all land uses throughout construction.

The construction phase is likely to last approximately six months.