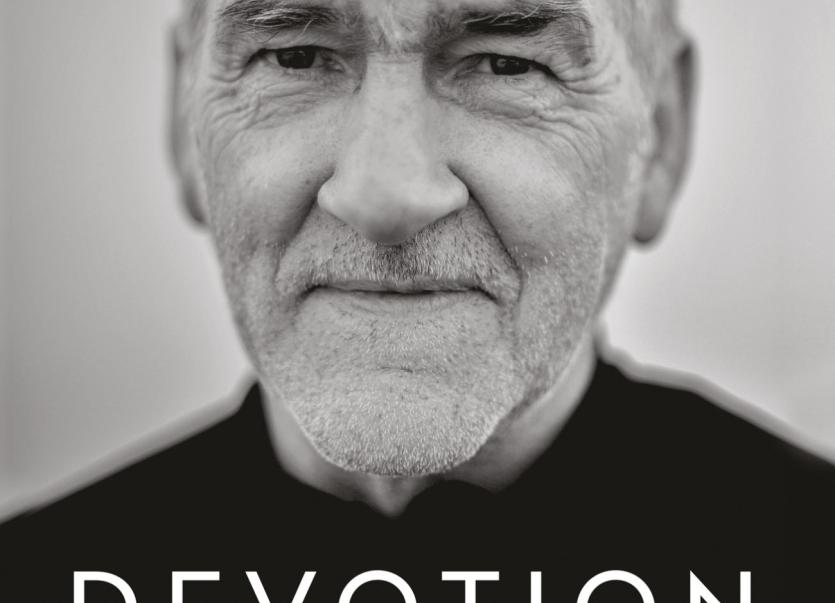 The cover of Mickey Harte's new book Devotion, a memoirs of life on and off the field

HarperCollins Ireland has announced the forthcoming publication of Mickey Harte’s Devotion, a memoir of his career which is set to be published in October 2021.

The current Louth Manager is one of the most successful Gaelic football managers of the modern era. During his 18-year tenure with Tyrone (2003–2020), the county won 12 Dr McKenna Cups, six Ulster Football Championships, one National League, and three All-Ireland Championships.

After parting ways with Tyrone at the end of the Covid-affected 2020 season, he accepted the post of manager of the Wee County and has led them to promotion from Division Four in his girst year in charge.

In a frenetic seven-year spell at the outset of his senior managerial career, Mickey Harte led Tyrone to four Ulster Championships and three All-Irelands.

It was a run that shifted football’s balance of power, changed the way the game would be played for over a generation, and cemented his reputation as one of the most transformative figures in GAA history.

Then, in January 2011, the visitation of a shocking tragedy changed everything: Mickey’s daughter Michaela was murdered while on honeymoon in Mauritius, and the Harte family, grief-stricken, awoke to find themselves at the centre of an international news story.

Devotion, the product of a collaboration between Mickey and author Brendan Coffey, is many things.

The story of a family’s decade-long struggle to come to terms with an almost unimaginable loss. A meditation on the ways in which faith, community, and sport can sustain us in our most difficult moments.

And, finally, a portrait of one of Irish sport’s true icons, as he brings one legendary era to a close and steels himself for a final assault on the history books.

“Although it has afforded me the opportunity to revisit many happy memories of my family life and time in football, this book has not been easy to write” stated Harte.

“It is my hope, however, that by sharing aspects of my own experience, I can offer people something to help them face their own challenges, whether they be grieving the loss of a loved one or simply struggling to find a sense of purpose or hope for the future.”

“Mickey Harte is one of Irish sport’s true icons, but his story is one that transcends the world of Gaelic games” exclaimed the book’s publisher Conor Nagle.

“Devotion is the record of an extraordinary personal story, but at its heart, it’s a book about universal human experiences: love and loss, hope and despair, grief and redemption.”

“It’s an extraordinarily brave and inspiring work – testament to an extraordinary working relationship between Mickey and Brendan, his writing partner. We’re immensely proud to be publishing it this autumn.”