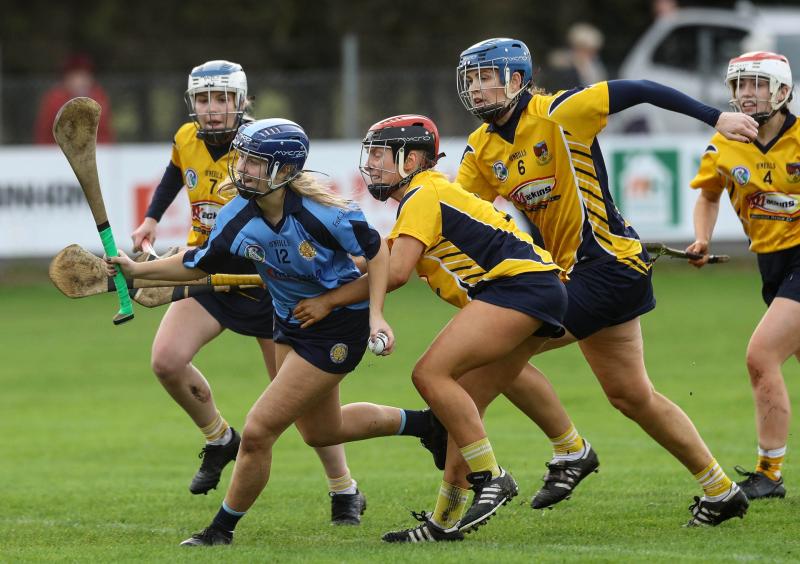 Waterford's Gailltír will face off against St Rynagh’s of Offaly in the AIB All-Ireland Intermediate Camogie Club Championship final in Croke Park, Dublin, this Sunday at 1.30pm.

To the outsider, it was noteworthy that a 17-year-old Annie Fitzgerald would line out at centre-forward in the AIB All-Ireland Intermediate Camogie Club Championship final last year.

Those that knew Waterford camogie were unsurprised that the Leaving Cert student showed such leadership qualities and would have been player of the match had Gailltír not fallen a point shy of Down and Ulster champions Clonduff.

A month later, the Leaving Cert student was captain and undisputed MVP, scoring 1-9 as St. Angela’s annexed the All-Ireland Post-Primary Schools Senior A title for the first time.

That was 12 months after she bagged 1-7 when a maiden Senior B Championship was garnered. She was already a Waterford Senior by this juncture and the Ursulines completed a double by winning the Junior A Final.

Later that year, she was a key operator as the Déise annexed the Munster A garlands for the first time.

And the year before that, in 2017, Fitzgerald shone as the Ursulines claimed their initial All-Ireland, in the Junior B Championship.

The victims on that occasion were Banagher College, and players from the vanquished squad will be in the opposite camp tomorrow as Gailltír look for redemption after their 2019 heartbreak, with St. Rynagh’s of Offaly standing in their way this time.

It is a repeat of last year’s All-Ireland semi-final, in which the Barony girls prevailed by five points, so Rynagh’s have a few reasons for wanting to get the upper hand – though becoming All-Ireland champions is obviously by far the primary one.

A number of players who formed the core of the golden run of school success have propelled Gailltír to the ultimate stage and have progressed to the county jersey at Senior level too. But Fitzgerald has always been the blue chip.

She was bred for it and the family network that is so intrinsic to the club fare is laced through Gailltír.

“I have four first cousins on the team and all from different families. There are no sisters in that equation. Three of our dads are brothers so Aoife, Shauna and myself are related that way. Then on my mam’s side, Ciara O’Sullivan is my first cousin and Emily Mahony would by my first cousin as well," she says.

“Mam (Gail) comes from a big hurling family. She is an O’Sullivan. Shane O’Sullivan, who played with Waterford is her brother. Philip and Pauric Mahony would be first cousins as well. We were born into it. We don’t really have much of a hope!

“I started very young down in Gailltír and mam used to play for Gailltír. I used to go down to her training and do the warm-up with them. Tony Cummins was the first person to teach me how to hit the ball out of my hand. I used to be at their training running alongside him all the time.

“My sister Beth would be the same age (8) I was when I was running alongside Mam and she would do the stretches for the cool down and stuff with us now.

“My granny, Lillian Howlett (O’Sullivan) was very good at Camogie. She played on the Munster team when she was 14. Everyone says the hurling in our family comes from grandad (Ballygunner legend Pat O’Sullivan, who died last year) but I think it comes from granny!”

In truth, stardust abounds, and Fitzgerald and her cousins are adding to the lore. Indeed she is just off collecting another All-Ireland, the Ashbourne Cup for third level institutions as a first year for University Of Limerick.

The feedback on the new Waterford management team of Fintan O’Brien and Dan Shanahan is positive and Fitzgerald is looking forward to getting back in the fold, to build on last year’s All-Ireland quarter-final appearance, when they rattled subsequent champions Galway.

Standing on the sideline at games doesn’t sit well and is certainly not something she is accustomed to.

She would love to go back with another All-Ireland medal added to the collection and one senses the unity of the squad makes them very strong.

Fittzgerald speaks of the tremendous atmosphere in the camp, with so many of the players in and around her own age having won a Division 1 Féile together in 2015 and then progressed with club, school and county.

Team captain Áine Lyng, Trish Jackman and Emma Roche provide the steadying hand of experience and the alchemy has proven effective for the representatives of the barony of Dunmore, Passage and Ballygunner.

Unsurprisingly, Orla Murphy’s troops are feeling good, having accounted for Clonduff to book their place in the decider.

“The occasion maybe got to us a little bit last year. A good few of us, it was our first time playing in Croke Park. It is a big stadium. You go out and think, ‘I am not going to let this get to me.’ But some element of it maybe does; it is a lot different. The second-half we settled into it a little bit. But it is a whole new year now this year so you don’t know what is going to happen.

“It was great to beat Clonduff (in the semi-final) but we still have a big task on our hands with Rynagh’s. We played them in the semi-final last year. It was probably one of our toughest games after the final. They were coming at us hard at the end.

“Any team that gets to a final is going to be good. We are under no illusions about the team we play. They play a very quick passing game off the shoulder. We haven’t come up against anything like that this year. They play nearly a football running game. We will have to be ready. We just can’t wait now.”