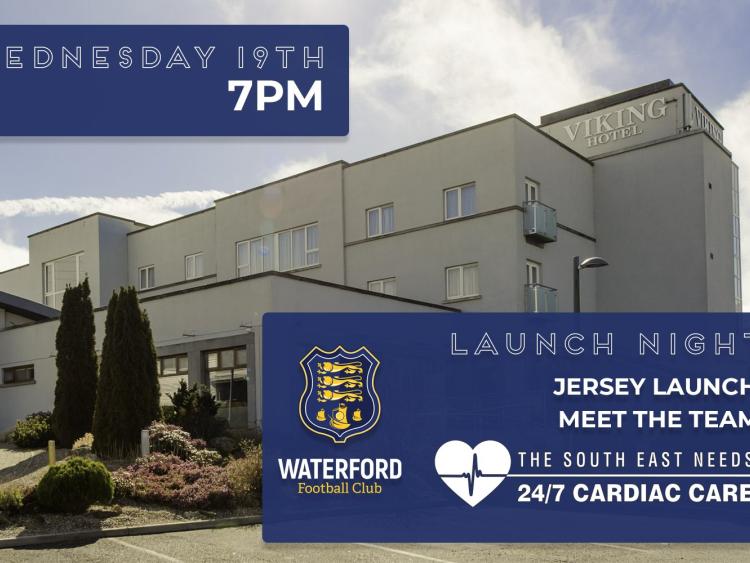 Waterford FC have partnered with 24/7 Cardiac Cover for the South East for the 2020 season and will feature its logo in their primary sponsor space to spread awareness of this "most vital cause," says owner Lee Power.

Mr. Power was made aware of the cause during the pre-season, saying it "shook me to my core."

He says: "I could not believe that after 5pm the South East of Ireland’s main cardiac care unit closes and could sometimes take up to two hours for patients to arrive at a medical centre with the appropriate equipment in which to treat them. It made me think of my own father who has suffered from cardiac issues in the past, that if he was still in his hometown he might not be with us today."

The club will play their opening game against St. Patrick's Athletic without the cardiac care logo, launching the kit at the Viking Hotel on the Cork Road on February 19 at 7pm. All supporters and businesses are invited to the event for this "incredible cause," adds Mr. Power.