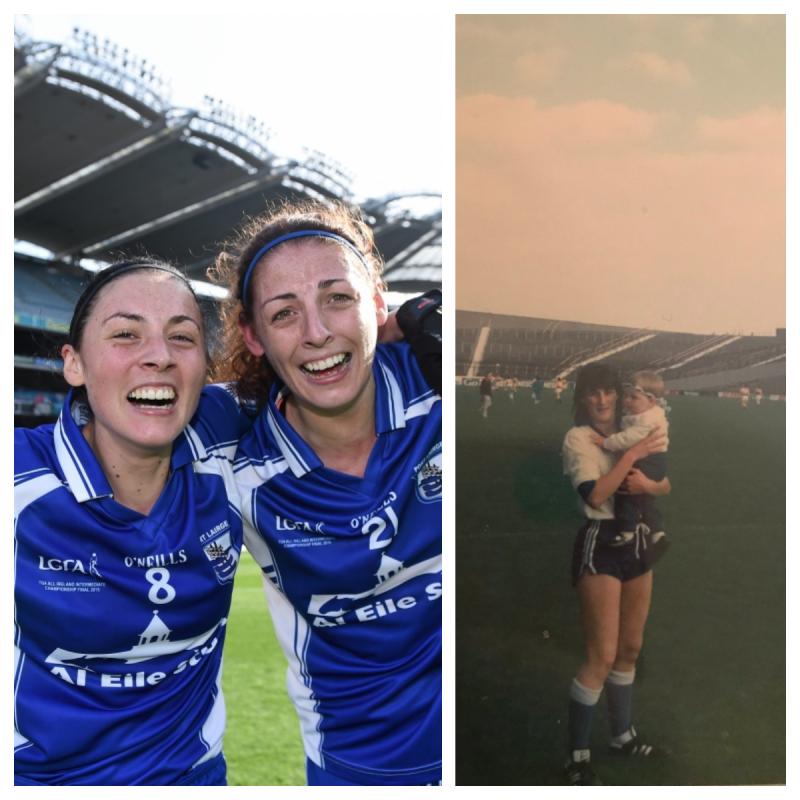 If a picture’s worth a thousand words, a novel could be written on Michelle Ryan’s time with Waterford ladies football.

After 19 seasons togging out for the county, Ryan called it quits earlier this week, and despite playing a key role in the county’s Lidl National League Division 2 final victory last year, she is leaving their top flight expedition to the next generation.

The seeds of her love for ladies football were germinated more than three decades ago when Michelle was the Waterford team mascot for the 1986 Junior All-Ireland Final – the first game of ladies football ever played at Croke Park.

Carried by club and Déise legend Marie Crotty – who was her babysitter – the moment was captured by Michelle’s mother, Catherine. After Waterford’s historic win, the 10-month-old Michelle was placed in the West County Hotel Cup.

Then there’s a second photo of her mother, depicting a beaming Michelle following Waterford’s Division 1 League final win over Mayo in 2002. The big smile was there too as she celebrated Waterford’s TG4 All-Ireland Intermediate Final win with her sister Louise, and the iconic image of her embracing her father, Michael, after last year’s Lidl NFL Division 2 final win.

At every step, Waterford ladies football and family were entwined, and now she’s back alongside them on the sidelines again.

“Physically and mentally I just felt that it wasn’t fully there for me any more. Doing it for so long, I know only too well what it takes to get through a season,” said Ryan, who captained the county in 2009.

“It’s something I’ve been mulling over for the last few weeks and months since we finished up with Ballymacarbry. The county set-up went back not too long after that, but I was a bit unsure about what I was going to do.

“I kept it to myself for a long time and then I got the advice of very close family members and one or two very close friends. I knew that the girls were preparing for the League and I just wanted to be fair to them.

“I sent them a message before I had announced it to anybody. At the end of the day it’s the girls that really matter, to me it's the team that always matters and I always have huge respect for them.”

Although the inter-county game has ended for her, Ryan still has plenty of goals to achieve with her club.

Every year since she starting playing senior club football, Ryan has finished the season as a Waterford county champion. Even before the 14-year-old made her debut in 2000, Ballymacarbry had won 18-in-a-row.

With her father Michael Ryan back as manager of the club in 2020, the ambition is to win a 39th straight Waterford title and to eventually loosen Mourneabbey’s grip on the provincial crown too.

“People talk about our county title records but we know that getting out of the county is tough and we have been tested hugely over the last few years. It is definitely something we don’t take for granted.

“If we look at our target for the entire year the ultimate is to get that Munster club title. It has been a long time that Ballymacarbry had one [2000] and it’s something we have been fighting for in the last few years. We’ve come up against some very good Cork sides in the last 15 or 16 years. It’s definitely a target for us to aim for.”

One of the bonuses of retiring from inter-county football is the spare time that all of a sudden appears during evenings in January and February, but so far Ryan is managing to occupy herself.

She wants to get back into underage coaching with the club, which was sacrificed in the last few years, while teaching languages at Blackwater CS still enthrals her.

And in such a significant personal week, memories in the blue and white shirt are never far away.

“The standout moment has to be the All-Ireland Intermediate win in 2015. When we were relegated back down to Intermediate at the end of 2008 it was devastating. Waterford were one of the stalwarts in ladies football and relegation shocked a lot of people. People were dismayed and we were disappointed as a community. And you think when you go down from senior that in a year or two you’ll be back up. And that’s not what happened at all.

“I remember the exhilaration of reaching the All-Ireland Intermediate final in Croke Park in 2010, but it wasn’t to be. Again in 2012 against a very strong Armagh team. I’m not someone who is very emotional when it comes to losing matches, I take it away and ponder on it for a while, but after that 2012 All-Ireland it’s the only time of me crying on a pitch. It was a genuinely a feeling wondering if we’d ever get back. That’s why the 2015 victory meant so much to everyone.”

Waterford LGFA announced Ryan’s retirement at the beginning of the week, and with it they listed all of her accomplishments in the county shirt, starting with an under-14 All-Ireland win in 1998 and ending with last spring’s Division 2 victory. Some of those achievements were completed alongside her sisters Louise and Sinéad, but the constant for every step has been her parents.

“My mam Catherine has that entire era of Waterford ladies football well documented from behind a camera,” she says.

“She has captured some fantastic memories. That photo in 2002 was taken in Ennis and it was my second year on the Waterford panel. The reason I’m laughing is I was number 27 or 28 on the panel. I was very young and had hardly played, but after the match I was one of two players selected to do drug testing.

“I just thought it was hilarious. Everyone else had gone off to the hotel and had their meal, but my mam had to wait for me and she took the photo of me coming back. 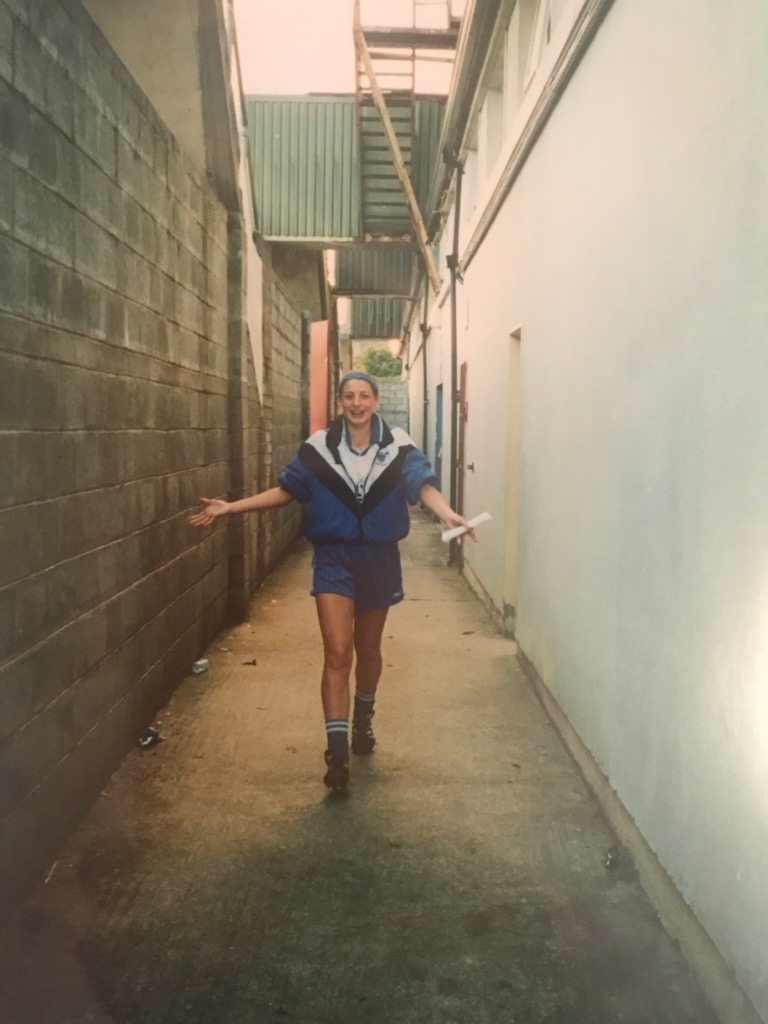 A 17-year-old Michelle Ryan behind the stand at Cusack Park, Ennis, following her side’s victory over Mayo in the Division 1 league final

“It has been a long journey, but such a memorable one," she adds.