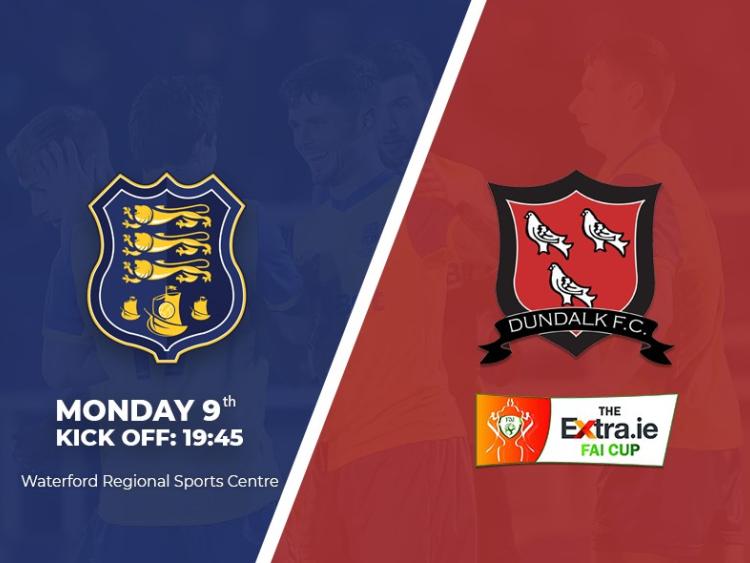 Waterford FC face Dundalk in the quarter final of the Extra.ie FAI Cup

Waterford FC face reigning champions Dundalk in the quarter final of the Extra.ie FAI Cup at the RSC on Monday night.

The Blues go into the game on the back of Friday night’s 3-1 win over Scottish side Heart of Midlothian Colts.

Alan Reynolds’ men booked their place in the quarter finals of this year’s FAI Cup late last month after a 2-0 win in Donegal against Glengad United, having beaten Maynooth University Town in the previous round.

The Blues last played Dundalk in July, losing 3-0. They go into the game on the back of a good spell after picking up four points in the last two games in the league.

Speaking to WaterfordFC.ie ahead of Monday’s match, manager Alan Reynolds said: “There is a buzz around the camp at the minute and I’m delighted for all involved because it has been a difficult season for us. I think that everyone knows that it hasn’t been easy and results like in Turners Cross last Monday is reward for the effort that we are putting in.

“It’s now all about Dundalk. We trained today [Sunday] as a group so we are looking forward to the game. We are nice and focused and the players are positive ahead of it which is great.

“We know that Dundalk are a good side and nobody is giving us a chance. We know how difficult it’s going to be but we’re going to have a good go at it.”

Team News: John Kavanagh, Dean Walsh, Michael O’Connor and Will Fitzgerald are expected to miss the game through injury.  Dean O’Halloran is sick but is expected to make the squad. Zack Elbouzedi is on international duty.

Buy tickets for the match here.