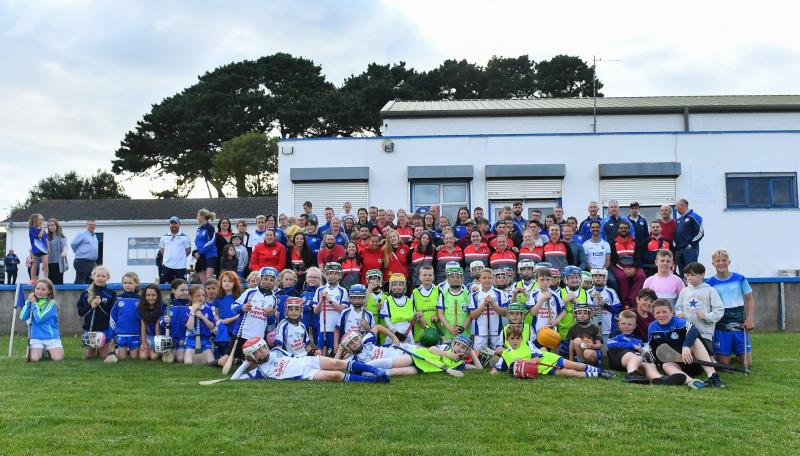 The Twinning Clubs Initiative, which was organised in conjunction with the 2019 Renault GAA World Games, took place on Tuesday evening, across over 40 Waterford GAA, LGFA and Camogie clubs.

Fifty-eight native born teams, who have been in Waterford all week participating in the World Games, were transported after their day of games to almost every club in the county for a social and cultural evening involving non-competitive games, entertainment, refreshments and an opportunity to network and form relationships.

The players who were hosted hail from countries scattered throughout the globe, including South Africa who were twinned with Ballyduff Lower, Argentina who had An Sean Phobal as their partners, and the Germany hurling and football panels who ventured out west to Tallow.

The initiative was designed with the intention of giving teams a break from competitive action, as well as the opportunity to experience first-hand how GAA clubs, both Irish and international, operate and work collectively so that learnings may be taken from both sides and mutually beneficial relationships forged.

The feedback collected has been extremely positive from both sides, and huge credit is due to the clubs of Waterford for investing themselves into this initiative and ensuring it ran smoothly and that visiting teams were welcomed with a warm embrace.

Each club received a welcome sign with the name of their visiting team emblazoned upon it. Teams with similar primary codes were paired where possible, but the overall aim of the project was to open dialogue, facilitate discussion and pave the way for the creation of a event from which everyone could reap the benefits.

With the county blanketed in warm evening sunshine, local communities from Ballysaggart to Stradbally, Kilrossanty to Dungarvan, and Ardmore to Lismore came out in force to welcome their international visitors, and there was a tangible air of positivity and a feel good factor throughout the Deise.

Underage exhibition matches, local musical and dancing talent, barbecues, and plenty of teas and coffees were the order of the day with each club doing themselves and their communities proud and showcasing the very best in South East hospitality.

An event and an evening that will live long in the memory of the people of Waterford and their native born visitors.