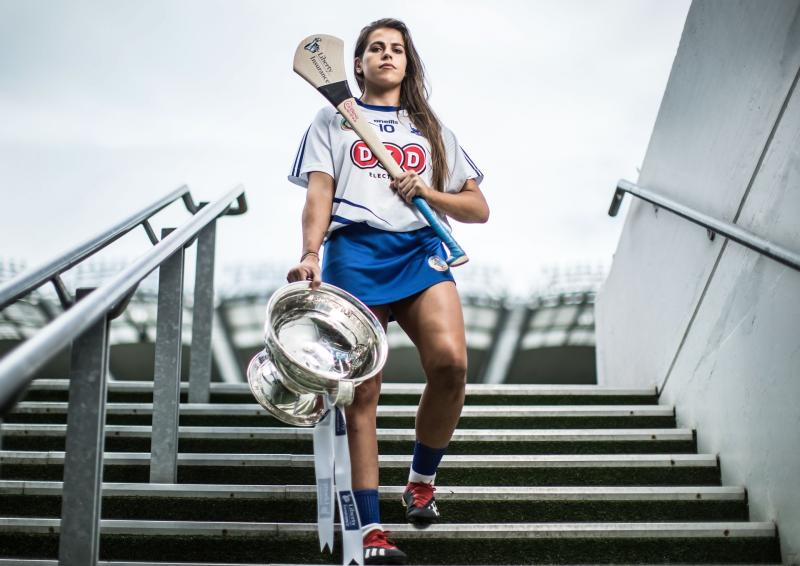 NIAMH ROCKETT has had more than a few stumbling blocks on her way to becoming one of the country’s best camogie players, but the Waterford captain draws on the memories of two inspiring figures who died in the past 14 months to remind her of her fortune to be preparing for a Liberty Insurance All-Ireland Senior Camogie Championship quarter-final against Galway at Semple Stadium on Saturday (7.15pm).

As a 16-year-old, Rockett was told that she risked being in a wheelchair at 30 if she continued to play sport. As recently as three years ago, she got medical advice to give up camogie.

The St. Anne’s forward suffers from arthritis and a malalignment of both knee caps but three operations, sympathetic management by Dónal O’Rourke, assiduous commitment to the conditioning programmes drawn up for her by physio Kenny Murphy, and her own sheer bloody-mindedness have brought the now 25-year-old to peak condition.

After earning an All-Stars nomination last year, she is performing even better this term, adding scores to her repertoire thanks to being positioned closer to the opposition posts since the return of Trish Jackman to the Déise fold.

The death of her grandmother, Ka Rockett, in March hit the family hard yet the pride of the woman who had seen Niamh’s father Eddie play hurling for Waterford and her brother of the same name represent the county in both codes, in the achievements of her granddaughter remains a driving force, as is the example provided by young Waterford girl Caoimhe O’Brien, before losing her battle to cancer in May 2018.

“My grandmother was a massive, massive part of my life and of camogie” Rockett declares.

“Last year, I was on the team of the year and Dad organised a surprise meal for the family and she was there. She was so happy, the happiest woman. The smile on her face.

“Although my knees are bad, there’s people that are worse off than me. Caoimhe O’Brien got her leg amputated and died from cancer a year or year and a half later. She was a mad sportsperson. Up until the day before she passed away, she went to her little sister’s football games for Waterford. She came out of hospital to go. She was from Ballyduff Upper. A phenomenal person. She passed away last year and I take such inspiration from her.

“She used to refuse to be in a wheelchair in school. Went around on crutches. Anytime the going gets tough for me, or anyone else, I think of her and tell people about her.

“Last Tuesday, we had a very hard training session with a lot of running and I think it was Sibéal Harney said, ‘Look lads, it’d be a lot worse if we couldn’t run.' That puts perspective on it. We’re lucky to be able to do what we can do.

“I’m heading into a quarter-final as part of the team and I never would have dreamed of it three or four years ago when I was told I couldn’t play anymore. So I can’t wait.”