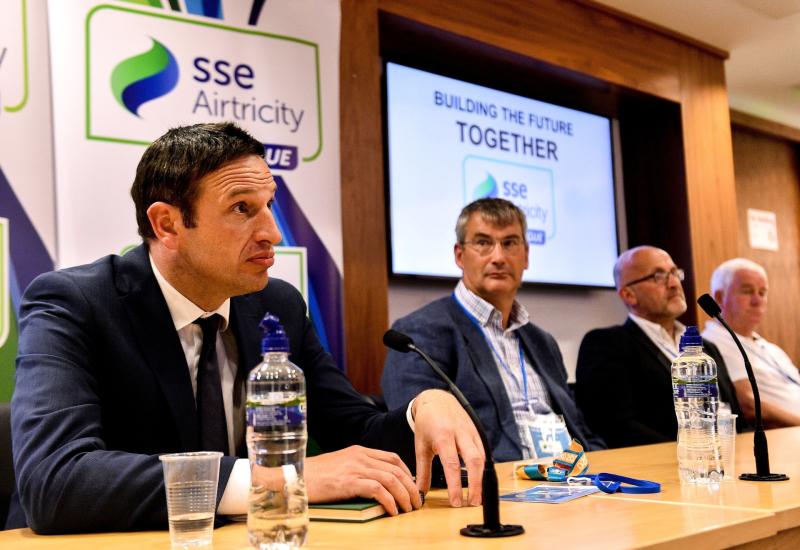 The Football Association of Ireland and the 20 SSE Airtricity League of Ireland clubs have agreed on a working group to develop a new strategy for professional league football in Ireland.

The agreement was reached at the end of a two-day National League strategic planning weekend hosted by the FAI at its Abbotstown headquarters in Dublin.

Niall Quinn and members of his Ireland Visionary Group, including Kieran Foley, Barry Lysaght and former Irish striker Stephanie Roche, outlined their plans to offer their expertise to the league and the FAI going forward and are keen to become part of the new Association post-EGM and AGM.

Also on Saturday morning, the league clubs were addressed by Kieran Lucid who outlined his plans for the All-Island League and went into detail on a timeline for the proposal.

FAI staff and UEFA representatives addressed the meeting over both days before a decision was taken to establish a working group which will look at all possibilities and formulate a strategy by the end of the 2019 playing season.

FAI General Manager Noel Mooney said: “This has been a very productive and welcome weekend for all concerned. Many challenges and opportunities for professional football in Ireland were discussed and consensus reached that it was time to consider our future working closely with our key stakeholders. An important new chapter for the game here has arrived and we are all focused on doing the right things for Irish football."

“We look forward to facilitating the working group over the coming weeks as we prioritise the SSE Airtricity League of Ireland as part of a new FAI."

“The meeting also agreed to seek further details from both the Niall Quinn and Kieran Lucid groups. We are looking at a new plan for Irish football and this is something that excites us at the FAI.”

David Rowe, Sligo Rovers Honorary Treasurer, said: “What the Niall Quinn and Kieran Lucid presentations showed us is that there’s a tremendous resource out there, particularly with the FAI and UEFA. It is clear we need to be more of a partnership and we are stronger if we all work together."

“The mood and spirit of the weekend was fantastic and it looks like a fresh start for the future of the League of Ireland.”