REPORT: Waterford ladies footballers go down to Cork in final 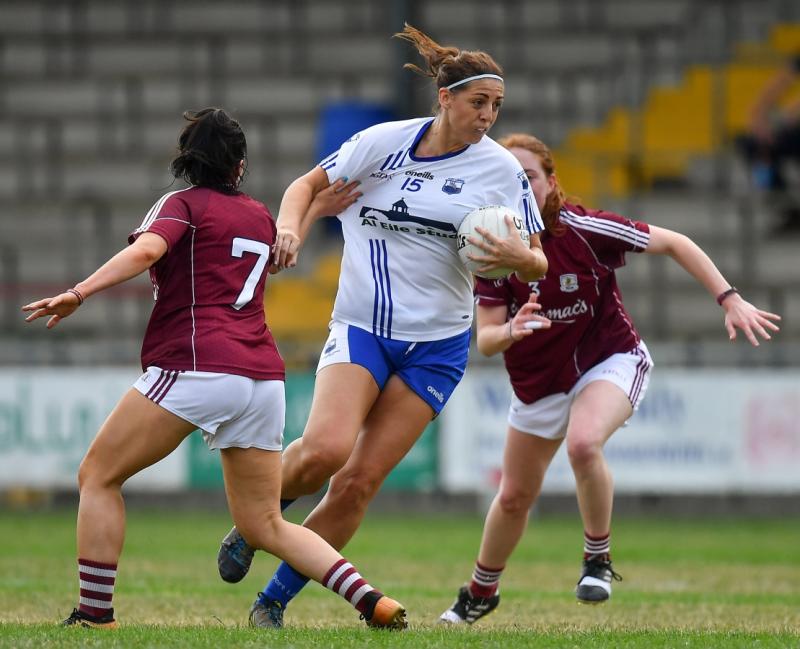 Cork manager Ephie Fitzgerald praised his side’s second-half display and the impact of Saoirse Noonan as they powered past Waterford in the TG4 Munster Ladies SFC final and pulled to within five of Kerry on the Munster honours board.

Goals in each half from Noonan helped Cork retain their Munster crown - their 13th title - but Waterford will look to some unclaimed chances at key moments, which were severely punished by last year’s All-Ireland finalists.

“It was a difficult game for us because we beat them by 24 points a few weeks ago,” said Fitzgerald.

“Saoirse’s always a threat, she's a great bit of stuff. She has worked very hard. She had a serious knee injury prior to Christmas and it took her four or five months to recover from that.

“She was very diligent about her recovery. She's really just getting back to herself to be honest.”

It was Noonan who did the big damage for Cork. The Nemo Rangers star netted six championship goals off the bench last summer but her claims for a starting berth are becoming hard for Ephie Fitzgerald to ignore.

She shot 1-2 against Kerry in the previous round and was Cork's go-to forward again in a convincing final win. Melissa Duggan, Aishling Hutchings, Daire Kiely, Niamh Cotter and Orla Finn also featured prominently for the victors.

The home side, who haven't won a provincial title since 2002, played with a stiff wind at first and Maria Delahunty kicked their opener after just 45 seconds. Michelle Ryan then flicked over a Delahunty free, while Cotter got Cork off the mark in the fifth minute before Finn levelled from a free. Chloe Fennell and Kelly Ann Hogan restored Waterford's two-point advantage.

Waterford were tight in defence, but Cork broke through on the quarter hour however, as Hutchings put Noonan in the clear and she slipped the ball past Rosie Landers for a 1-2 to 0-4 advantage.

A Delahunty double edged the Déise county back in front, before Delahunty then sent Katie Murray in one on one with Martina O'Brien but she blazed over the bar, which put Waterford a point ahead.

Cork's deadly inside duo ensured a narrow half-time lead though. Noonan set up Finn to level matters for the fourth time. Then Noonan shrugged off two Waterford backs to increase her tally to 1-1. It was then Daire Kiely’s turn to capitalise from a Cork counter attack to make it 1-6 to 0-7 at the break.

Finn, Noonan and Cotter extended Cork's lead to five, four minutes into the second period. At the other end, Katie Murray struck the post with the goal at her mercy. The shot crashed off the inside of the post and somehow stayed out.

On 41 minutes, a slick passing move involving Cotter and Libby Coppinger was palmed to the net by the unmarked Noonan, which put Cork 2-11 to 0-7 ahead.

Finn, Ciara O'Sullivan and Noonan put the icing on the cake and a couple of late frees from Delahunty only softened Cork’s winning margin.

"I was really delighted with the effort of the girls. They really upped the ante considering we had such a heavy defeat against Cork the last day,” said Waterford manager Ciaran Curran.

“I think we had chances in the match to be a bit closer. Look, there's no question that Cork were the better team and deserved the win.”