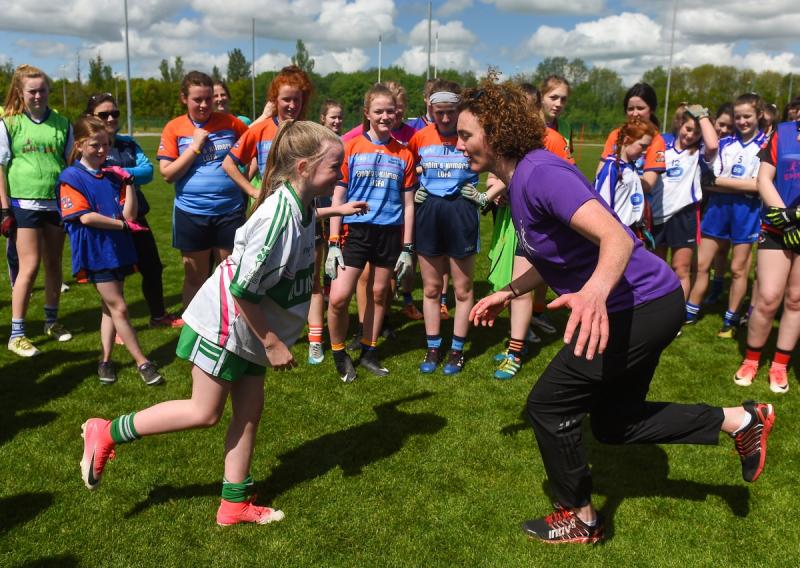 Waterford club Kilrossanty/Brickeys will take part in 2019 National Gaelic4Teens Festival Day at Abbotstown next Monday (May 6).

The National Development Centre will be a hub of activity for the day, with the emphasis on small-sided games, Athletic Development, Lifestyle balance and Skill Development.

Following a hugely-successful pilot in 2017, Gaelic4Teens has been rolled out across all four provinces for the last two years, and the programme has increased significantly in size and stature.

The programme is helping clubs to retain their current playing bases while also recruiting players in the 14-17 age bracket, which has been identified as a group with a high drop-out rate in many sports.

16 clubs will participate on the day, which marks the culmination of eight weeks of activity in the 2019 Gaelic4Teens programme.

Over the past number of weeks, clubs have been educated on how best to deal with the much-documented drop off age between 14-17 years.

Gaelic4Teens is aimed at clubs as much as the players, to help educate clubs and coaches on the need and interests of teenage girls in sport.

During the programme, coaches and co-ordinators from each of the participating clubs attended two training days that were specifically designed to help them engage with teenage female players.

The training encouraged coaches and clubs to reflect on their coaching behaviour, and how they engage with players aged 14-17 years, with the ultimate aim of retaining the players within the club.

Clubs received six training sessions that were specifically tailored to this age group, and they differed from the sessions generally employed in other age grades that the clubs then rolled out themselves.

The final day of the programme will aim to knit together all of the activities from previous weeks, as players arrive at the impressive Abbotstown surroundings to hear from some of the country’s best-known inter county stars.

All players will participate in a series of non-competitive, small-sided games on high quality pitches in Abbotstown.

After completing the programme, the participating clubs will be now armed with the knowledge and skills necessary to retain players in their late teens, and their progress will be consistently monitored throughout the next year.