Punchestown Tips: The horses worth backing on DAY 2 of Punchestown 2019 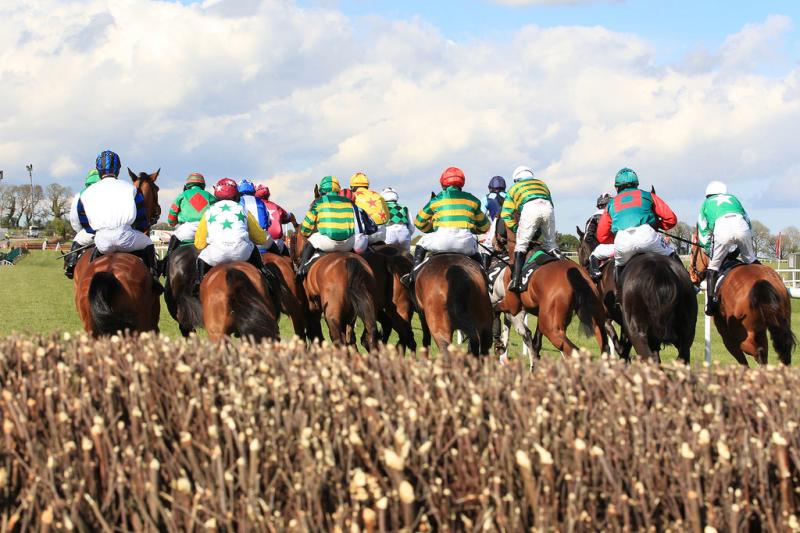 Punchestown Tips: The horses worth backing on DAY 2 of Punchestown 2019

15:40 - PRESS CONFERENCE (12/1) is the one to side with here for Jessica Harrington, who always tries to target this meeting with a few gems. This horse is lightly raced but his victory over Annamix at Limerick back in December reads well, especially with the latter going on to beat Raya Time since. Harrington claimed this prize in 2017 with Magic of Light, a horse that went on to win here again in 2018 and finish second in the Aintree Grand National. Press Conference has undoubtedly been laid out for this and a second consecutive win would be no surprise with a four-pound claimer onboard.

16:20 - THE BIG DOG is the selection here based on his six-length success over Voix Des Tiep, despite making a mistake at the last. This horse will also have the benefit of Davy Russell on his back on ground he should like. He was outclassed last time behind Commander of Fleet but could well bounce back now.

16:55 - PALOMA BLUE is hugely interesting back over hurdles having finished 27 lengths behind Duc Des Genievres over the larger obstacle in the Arkle at Cheltenham in March. Over timber, this horse has some good form behind both Samcro and Next Destination. He was also fourth in the 2018 Supreme Novices Hurdle at Cheltenham, a race won by Summerville Boy. While he was last in a race won by Draconien at this festival last year, he was a good second to the ill-fated Fayonagh in the champion flat race the year before. Henry de Bromhead and Rachael Blackmore are also in a good run of form.

17:30 - He may have been a shock winner of the Albert Bartlett at Cheltenham at odds of 50/1 but look no further than MINELLA INDO (3/1) for this one. He ran his rivals ragged that day and went on to win by two lengths from the re-opposing Commander of Fleet and Allaho. Henry de Bromhead's runner looked well suited by the 2M 7F trip at Cheltenham and should relish this 3M contest. He ran freely at Cheltenham but should huge stamina and looked all over a future staying chaser.

18:05 - Billed as a match between Cheltenham Gold Cup winner Al Boum Photo and stablemate Kemboy, I'd side with the latter to lower the colours of the current staying chasing champ. KEMBOY (6/4) was only a moderate hurdler and had mixed results last year when switching to fences. On seasonal debut this term, he beat Alpha Des Obeaux in the Clonmel Oil Chase but put in perhaps the most telling performance in his form book when beating Monalee by more than seven lengths in the Savills Chase in Leopardstown at Christmas. He wasn't the favourite on either occasion. Kemboy won with quite a bit more in hand that day and was going away from the field with every stride the further they went. A fall at Cheltenham was a setback but he was incredible in his retrieval win at Aintree. He got better the further they went that day and looks an absolute staying star under Ruby Walsh.

18:40 - SANTA ROSSA gets the vote in the last for a trainer who does very well in this sphere. Canardier is another who excelled in the national hunt flat scene, including a win here at Punchestown in 2017, for Dermot McLoughlin before turning to hurdles and this horse can take a similar path. He's already won two on the spin and comes here having swerved Cheltenham and run well to finish third in a similar contest at Aintree.

19:10 - Willie Mullins won this last year and is well represented with two this term but I'd avoid both of them and go with the lightly raced JETT (10/1) for Jessica Harrington. He put in his best performance to date over a similar trip and on similar ground at Fairyhouse over Easter and will take some stopping here if the run doesn't come too quickly. He beat The Storyteller that day by over four lengths and has been upgraded by the handicapper accordingly. He'll have to saddle plenty of weight here but there's very little to fear in the batch of rivals he faces here.

19:45 - It's hard to know much about these given their experience but a winning debut for top connections is enough of a reason to go with BIOVERDIA. The Gordon Elliott-trained charge will be ridden by a master of these races, Jamie Codd and will garner bug support in the ring. There are a host of promising individuals in this race so it's not one to invest heavily in for betting terms.

Kemboy and Minella Indo Both To Win - 7/1