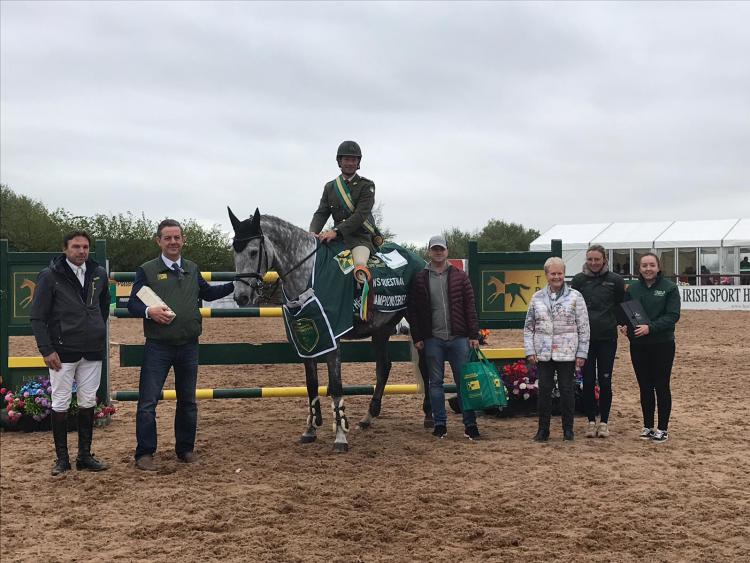 Waterford's Capt Geoff Curran and the Minister for Defence-owned Irish Sport Horse Glengarra Wood claimed victory in the opening round of the 2019 Horse Sport Ireland/TRM New Heights Champions Series on Sunday at the Meadows Equestrian Centre in Lurgan, County Armagh.

Eight of the 30 starters went forward to the jump-off, where Curran's clear in a time of 36.90 seconds saw him take the winner's prize. Glengarra Wood (ISH), bred by Myles Somers from County Wexford, is a nine-year-old grey gelding by Capitalist (HOLST) out of Cavalier Forest (ISH) by Cavalier Clover Lad (ISH).

Runner-up spot also went to a rider from County Waterford, with Cappagh's Gemma Phelan guiding Rory Costigan's GRC Acapella to a clear in 37.38. All of the top three finishers jumped double clear rounds including Galway's Jessica Burke who finished third with Liam Nicholas`s Express Trend in 39.70.

The second round of the Horse Sport Ireland/TRM New Heights Champions Series takes place in Portmore on May 5.