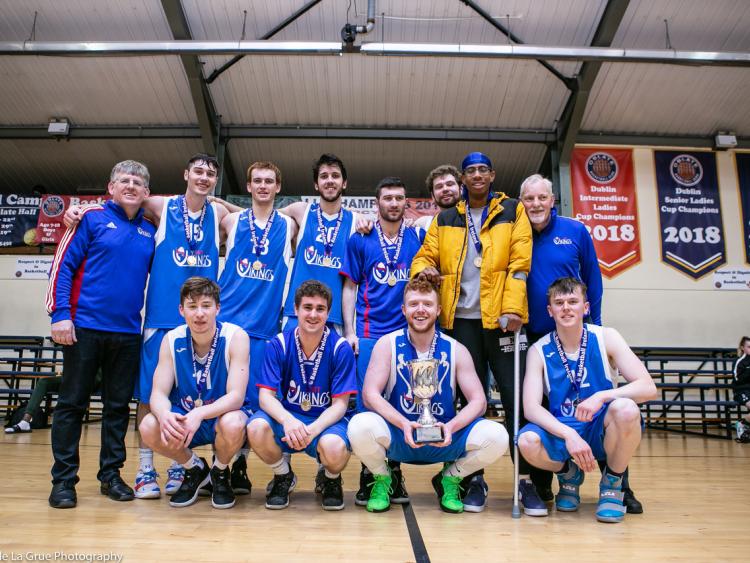 Waterford IT were crowned Men's Division 3 College League champions this afternoon after a clinical shooting display saw them home to an 80-95 point victory over Trinity College Dublin on the opening day of the 2019 NBCC College League finals at Oblate Hall in Inchicore, Dublin.

MVP Ryan Pepper led the play from the top of the key, and set up the plays throughout, while a superb performance from Daniel Noe saw him finish the game out with 36 points.

Trinity began the faster of the two teams though, putting up six points without reply with Sam Walsh and Conal Gordon dominating. Huge three-pointers from WIT’s Ryan Pepper and great inside work by Victory Scholar Daniel Noe got them off the mark though and they opened up a 25-12 first quarter lead.

It was more of the same from WIT in the second quarter, with Pepper running the point and finishing a brilliant 'and-one' play to put the Waterford men 36-16 in front. Noe continued to do damage with his movement inside, with Daniel Sheehan adding good scores for WIT.

Sam Walsh led the charge for the Trinity comeback with some great coast-to-coast plays, but WIT still lead the way at half time on a scoreline of 46-30.

A good start to the third by Trinity led by scores from Gordan and Coogan saw them began to narrow the gap. WIT stayed with Trinity’s scoring though, adding some nice baskets from Pepper and Noe to maintain a cushion going into the last.

Despite a frantic start to the fourth, which saw Trinity knock down three triples in the space of two minutes, WIT held strong in the face of the onslaught to run out 95-80 point winners.