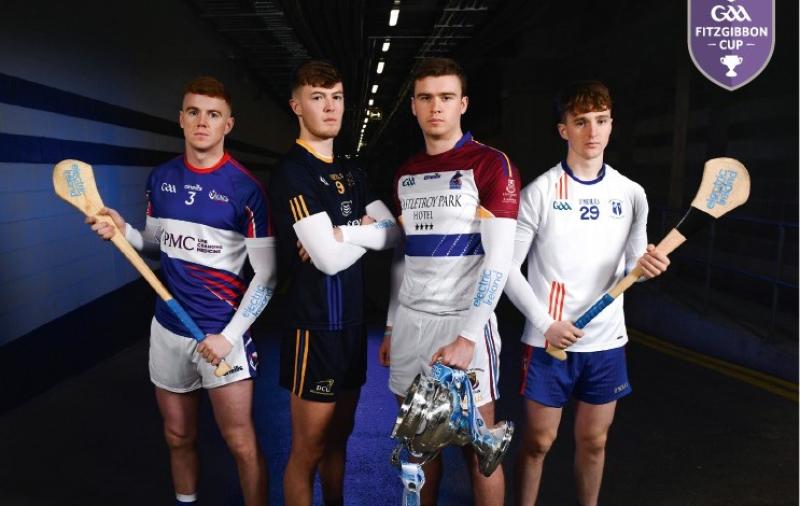 Waterford Institute of Technology (WIT) is set to play host to the prestigious Electric Ireland Fitzgibbon Cup finals this weekend, Friday, February 22 and Saturday, February 23, 2019 at the WIT Arena.

The Fitzgibbon Cup weekend throws in on Friday from 12pm where it plays host to a number of semi-final encounters in both the Fergal Maher and Ryan Cup competitions as well as the Intermediate Hurling Final.

Saturday’s proceedings start off at 11am where the final of the Fergal Maher followed by the Ryan Cup (12.30pm). Both games are expected to be serious curtain raisers for the 2019 Electric Ireland Fitzgibbon Cup Final.

The race for this year’s crown has been whittled down to two teams with the highly anticipated final between UCC and MICL taking place on Saturday, February 23 at 2.45pm.

Speaking on behalf of WIT Vikings GAA Club, Development Officer Katie Redmond said: “The club and the WIT Arena are delighted to have the opportunity to host this year’s event. We are looking forward to welcoming all teams and spectators to our wonderful facilities here in WIT and to an exciting climax to this year’s Fitzgibbon Cup, which has been one of the best and most competitive in the competition’s long and illustrious history. It promises to be a great occasion and I would like to wish all the teams involved the very best of luck."

"This is the fourth time that the Fitzgibbon Cup final has been hosted here and it is an opportunity for both visitors and local hurling followers to experience first-hand the range of facilities at the WIT Arena."

In existence for over 100 years, the Fitzgibbon Cup is the premier hurling championship among higher education institutions and features some of the best and brightest young talent in the sport. The competition continues to grow in popularity with a Fitzgibbon Cup medal being as much sought after as any county, provincial or All-Ireland medal.

Under the guidance of WIT Novus, sport continues to grow and develop at WIT and given its proud and rich history in the competition, it is fitting that the WIT Vikings GAA Club and the WIT Arena should host this year’s Fitzgibbon Cup.

Between 1999 and 2008, WIT won seven of its nine Fitzgibbon Cups, with the most recent being celebrated in 2014. Ranked fourth on the Fitzgibbon Cup roll of honour behind record holders UCC, UCD and NUIG, WIT has played a key role in the development of many outstanding hurlers, including current inter-county stars TJ Reid (Kilkenny), Kevin Moran, Jake Dillon, Pauric Mahony, Austin Gleeson and Stephen O’Keeffe (Waterford) and Mark Fanning and Harry Kehoe (Wexford).