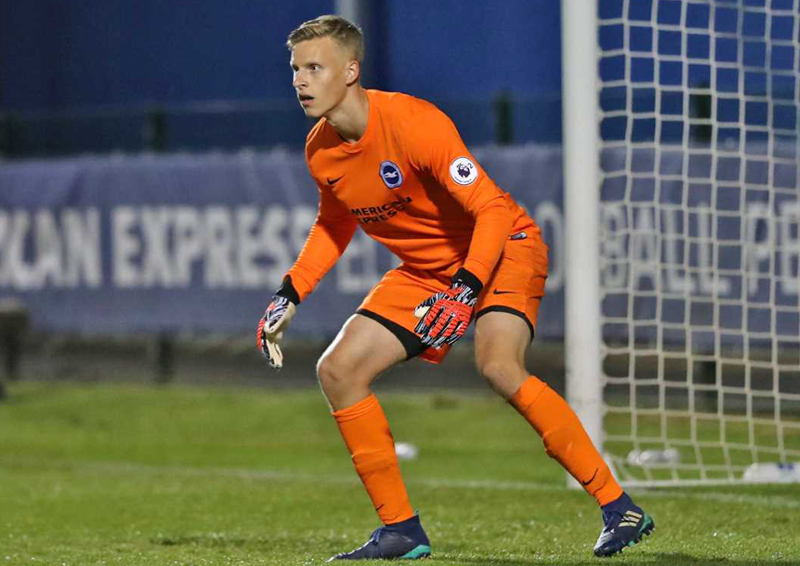 Goalkeeper Hugo Keto has joined Wateford FC on loan until the end of the season. Photo credit: WaterfordFC.ie

Waterford FC have signed a goalkeeper on loan from Premier League side Brighton and Hove Albion.

The 21-year-old signed for Arsenal from Finnish side HJK Helsinki in 2014. The athletic shot-stopper has also represented Finland at youth-team level all the way up to under 21 level.

Speaking after completing his move, Keto told WaterfordFC.ie: “I’m really happy to sign. It was a good opportunity to get some game time, so it’s a good move. I want to get some men’s football into me too, so it makes sense to come here.”

Speaking after completing the signing of Keto, manager Alan Reynolds said: “It’s great to bring in another quality keeper and there will be great competition for the number one jersey now. Hugo has got lots of experience from the development leagues in English with Arsenal and Brighton, so we’re really happy to get it sorted.”