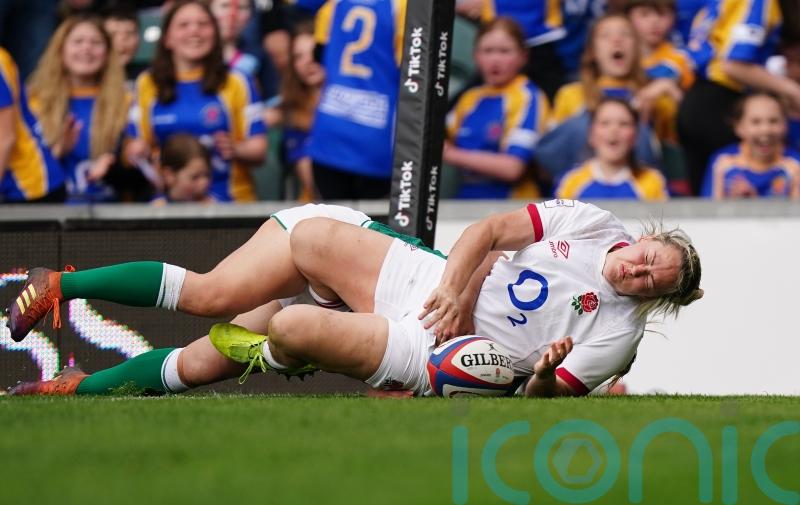 England reclaimed top spot in the TikTok Women’s Six Nations after a 69-0 win over Ireland.

A record crowd of 15,836 at Leicester’s Mattioli Woods Welford Road were treated to 11 tries as depleted Ireland were overwhelmed.

England, who gave Emily Scarratt a guard of honour as she took to the field for her 100th cap, scored the opening try inside two minutes by driving Lark Davies over.

Abbie Ward had a try chalked off for a forward pass but Sarah Bern found a gap to break Ireland’s resistance for the second after 16 minutes.

Ireland should have got on the scoreboard midway through the first half but Nicole Cronin sliced a penalty horribly wide from in front of the posts.

It had been a scrappy first half from the hosts but they began the second eager to make amends with Marlie Packer showing her pace to score in the first minute.

Scarratt landed her first conversion and kicked her second after Davies bundled her way through again. 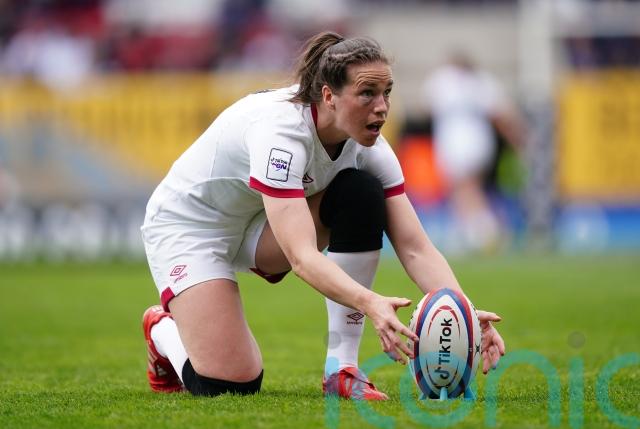 Ireland, who had Dorothy Wall in the sin-bin, were opened up again when Lydia Thompson finished off a flowing England move.

Poppy Cleall came off the bench to power through for try number six and another rolling maul sent fellow replacement Hannah Botterman over.

Cleall grabbed her second and Ellie Kildunne zig-zagged her way across before Ireland were reduced to 14 when Sene Naoupu saw red for a dangerous tackle.

Kildunne evaded two Irish defenders to get the ball down one-handed for her second try and Thompson rounded off the scoring.