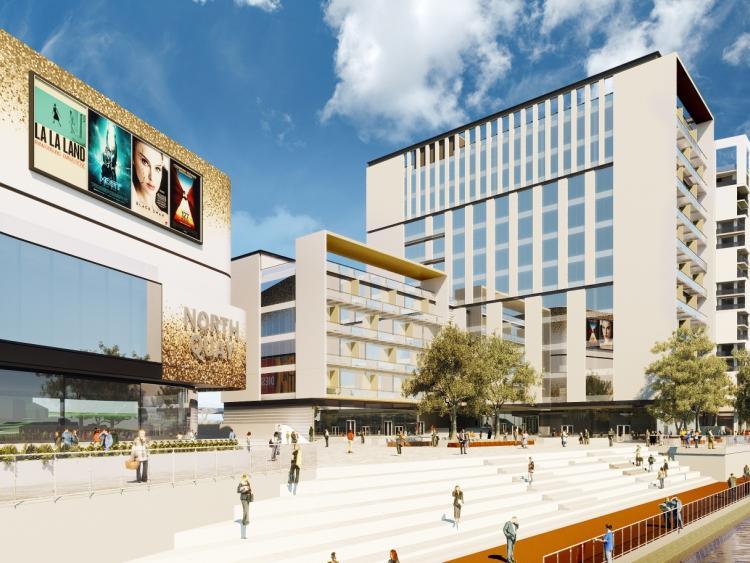 Falcon Real Estate Development Ireland confirm that, by the end of November, the application for planning permission to Waterford City and County Council for the North Quays development will be lodged.

Read more: Waterford pub to be transformed into studio apartments

Subject to the granting of planning permission, work on the project is likely to start by the fourth quarter of 2020. Waterford North Quays, an eight-hectare real estate mixed use scheme, was conferred SDZ (Strategic Development Zone) designation by the Government in 2016.

The North Quay development marks a major economic boost for Waterford and the South East Region of Ireland. The total estimated investment is estimated to be €350 million in the development, phased over three to five years. 2,300 full-time roles will be created during the development of the new district, with an additional 4,500 indirect jobs. The planned completed integration of the scheme with the existing urban centre of the city will confirm Waterford as the gateway city of the South East region, increasing regional and national visitation, tourism and will serve to reverse regional economic leakage. Combined with the forecasted 2040 population growth of 181,000 people for the South East, the retail market size in the South East is expected to grow from €3.49 billion in 2015 to €6.30 billion in 2025.

The project description is a mixed use development, which will include:

- Five residential buildings, with 300 riverside apartments to accommodate 500 to 600 residents delivered in a contemporaneous and phased approach, with extensive open public spaces, all designed to attract visitors from Waterford, surrounding areas and international tourists

- And the location of one of Ireland’s most modern and multi-use transport hubs.