More success for Waterford at Cheltenham after drama-filled opening race 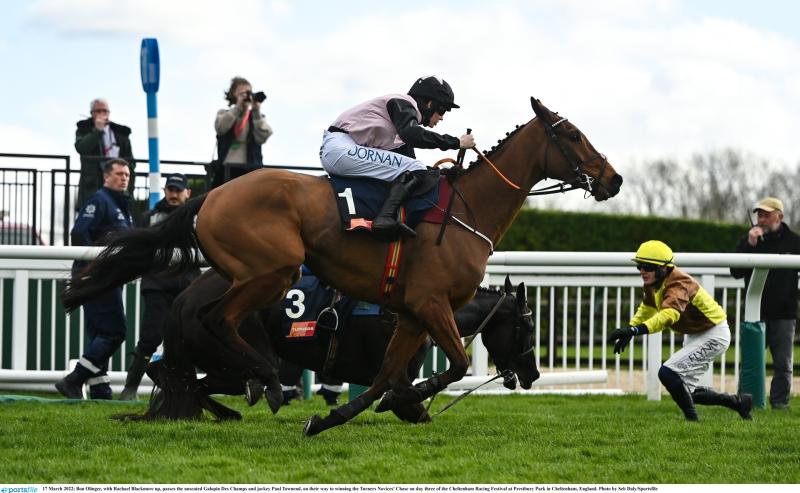 Bob Olinger, trained in Waterford by Henry De Bromhead, was handed victory in the Turners Novices’ Chase after Galopin Des Champs took a dramatic fall at the final fence in the opener at Cheltenham.

Galopin Des Champs looked certain to land the spoils when he jumped the last well clear of Bob Olinger, but he slipped and knuckled over a stride after landing and ditched Paul Townend onto the ground.

That left Bob Olinger (6-5) to come home unchallenged with Busselton picking up the pieces for second place in the four-runner Grade One heat, 40 lengths behind the winner.

Until that untimely exit everything had gone to plan for Galopin Des Champs. Willie Mullins’ six-year-old had jumped exuberantly in the early stages and had Bob Olinger under pressure before the race was turned on its head and the 5-6 favourite crashed out after seemingly clearing the last safely.

She said: “It’s great to see Paul and Galopin are up and OK. It was their race to win. I don’t know what to say really, it’s fantastic to win, I’m delighted to win.

“I didn’t get into as good a rhythm as I thought I was going to. I thought that was my fate turning in, but that’s jumps racing.”