'Waterford towns and villages the heart of our communities,' says local councillors 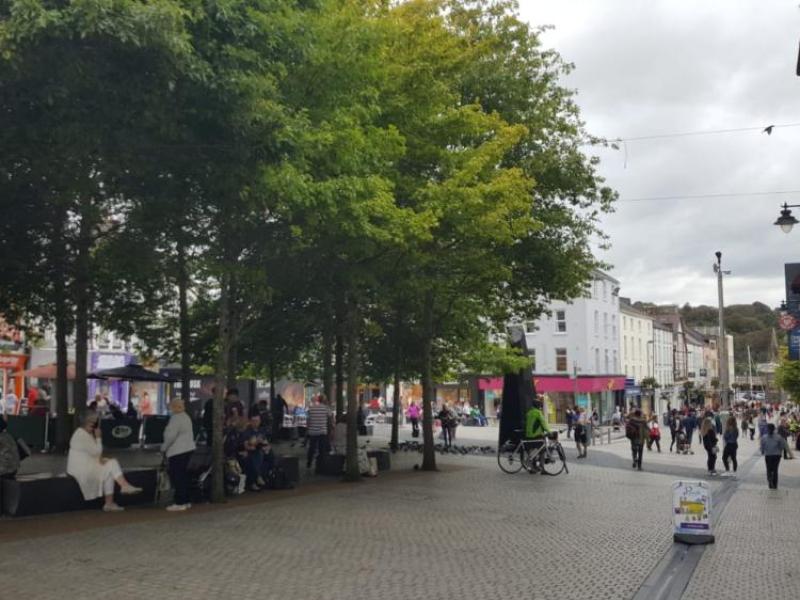 The Labour Party’s public representatives in Waterford are asking people to engage with the party’s survey on the future of our towns and villages.

Dungarvan's Cllr Thomas Phelan is urging people to complete Labour’s survey on the future of our towns and villages to chart a way forward to restoring and improving our vital local town and village centres.

“The Business Post recently reported a vacancy rate of up to 25% in the commercial properties in many towns," Cllr Phelan said.

"This shocking finding shows the need for a comprehensive plan for sustainable renewal and regeneration in our towns and villages. Some places are doing ok compared to others, but no place should be left behind as we try to recover from the pandemic, especially when many places were already suffering before the pandemic struck. We want to tackle the problems being faced head on with a positive attitude, and we want to hear what people have to say about their towns and villages.”

Cllr John Pratt said that between the closure of bank branches, loss of retail and the move to online services "the future of our towns and villages has never been more at risk".

Cllr Pratt said: "The pandemic has shown the importance of local services, but has also accelerated the move online which is endangering those businesses that haven’t been able to make that move and is putting traditional brick and mortar businesses, which are the lifeblood of our towns and villages, in jeopardy.

"Our towns and villages are more than a collection of buildings or commercial premises.  They are the heart of our communities, where we meet, have the chat and come together as a society. We may have been restricted in how we’ve been able to interact over the past year, but as we emerge from Covid restrictions we must ensure that we will have vibrant towns and villages where we can come together again.

"As a democratic party we feel that people should be consulted more about the future of their towns, villages and countryside, so if you want to have your say and let the Labour Party know your views you need only fill out our survey,” concluded Cllr Pratt.

Cllr Ger Barron said the Labour Party is carrying out a major national survey to hear what the people think needs to be done to "rescue our main streets and save our towns and villages".

Cllr Barron said: "We can’t continue to lose commercial services, banks, post offices, shops and pubs and expect our town and villages centres to survive and thrive.  We need a major rethink about what we can do to save our rural towns and villages.  If we don’t fight to save and nurture them now they might not be there for the next generation."

Cllr Séamus Ryan pointed out that the long-term impacts of the pandemic will not only be felt in smaller towns and villages but in cities like Waterford too.  “The pandemic has reminded us how important our local shops and amenities are for providing us with the products and services we need," Cllr Ryan said.

"The loss of pubs and restaurants reminds us of how important these are as social settings, particularly for those who feel lonely or isolated, which can happen in both urban and rural settings.  You won’t get the personal touch off Amazon or Ebay that you can get in your local shop, restaurant or pub.

“And, as capital of the South East region, it is vital for the economic and social wellbeing of Waterford that the city region be comprised of a vibrant hinterland of towns and villages,” he added.

Local representative for the Comeragh area Michael Murphy, who lives in Bunmahon and who knows rural Ireland well having grown up near Leamybrien, said with the Covid-19 pandemic there have been radical changes in the way people live and work.

"Just last week the Government launched another plan to save rural Ireland, but we’ve seen it all before,” he said.

"Many more people are working at home, with fewer commuting. The agri-food sector is still the mainstay of rural Ireland, but the pandemic has shown us that even with often substandard broadband many people across a wide range of industries have been working from home, which shows that there is so much more potential for remote working hubs in some of the many empty buildings being left behind by bank branch closures for instance.

"The Government is only scratching the surface of this potential for shared working space hubs in towns and villages.  Contradictory Government policies could actually make things worse. For example, the National Planning Framework could result in making it harder to build houses in the countryside, meaning more people might be unable to live where they grew up, having to move to nearby towns and villages instead.  It’s bad enough to put more obstacles in the way of people living where they were reared, but without ensuring that there will be serviced sites for clustered low-density housing the Government is not ensuring that there will be vibrant towns and villages for them to move to.”

The survey is available at online.