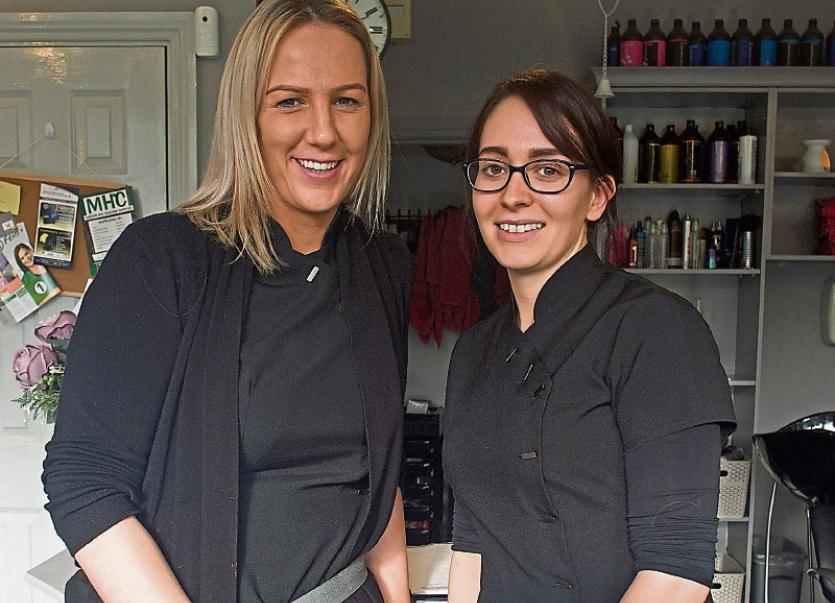 Carrickbeg based hairdressers Sineád Maher and Janet Wall, who will skydive in aid of Youth Suicide Prevention Ireland this summer

Two young women from Carrickbeg on the Tipperary-Waterford border will skydive this summer in aid of the Youth Suicide Prevention Ireland (YSPI) charity.

They are passionate about raising awareness of mental health issues and the urgent need for provision of care and services to help prevent suicide.

Janet, who is a mother of three children under three years old, and Sinead, a mother of one child, are deeply saddened that their children will now grow up without their fathers.

They are determined to do something positive that will help raise awareness to address urgent issues amongst young people.

Their chosen charity YSPI is a national charity working to raise awareness and prevent suicide amongst young people.

It has been working for more than 10 years to provide free mental health and suicide prevention education and training services to schools and colleges around Ireland.

A schools visits programme, provided free of charge,  is a core element of its outreach work.

Janet emphasises the importance of picking up on and recognising any early warning signs in young people and how extra care should be provided for those at high risk.

She said it was essential to push for services and education programmes for all schools.

Sinead and Janet must each raise €500 for their skydive and sponsorship sheets can be signed at Superior Styles in Carrickbeg and other retail outlets.

Anyone who wishes to donate should log onto the charity's website: www.yspi.ie for information or text, at a cost of €4 or over to: YSPI SFL 5095.

A fundraiser with barbecue, spot prizes and darts tournament is being planned for late spring.