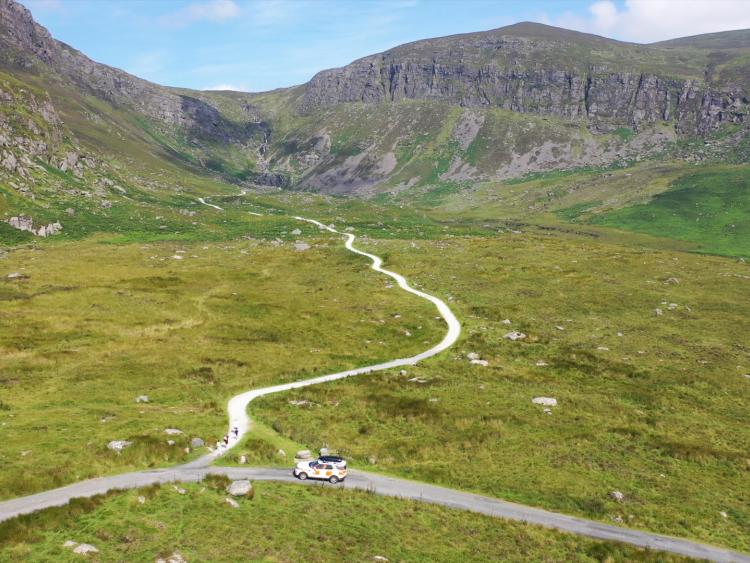 A post mortem on a man who died after falling in the Comeragh Mountains in County Waterford on Sunday afternoon will be carried out today.

The man, who lived in Clonmel and is married with a number of young children, fell and sustained serious injuries while walking in the Mahon Falls area.

South Eastern Mountain Rescue Association (SEMRA) was tasked by the Aeronautical Desk of the National Ambulance Service to assist in the evacuation of the injured walker at Mahon Falls at 1.30pm on Sunday. SEMRA initiated a full team call out to Mahon Falls, where the male walker had fallen from a height and was seriously injured.

"Within a very short time, the Waterford Coast Guard helicopter Rescue 117 was on scene at Mahon Falls and lowered the winch man down to the casualty site. The winch man treated the casualty at the scene. An experience member of SEMRA was also on scene and assisted the winch man and controlled the hi-line for lowering the stretcher and evacuating the injured walker. The casualty was airlifted to University Hospital Waterford where he was pronounced dead on arrival to the hospital," a SEMRA spokesperson said.

"SEMRA escorted the casualty’s family members down from hill and had a vehicle waiting at the bottom of the falls to transport them to University Hospital Waterford. SEMRA wish to express our sincere condolences to the family and friends of the deceased."

SEMRA also wish to thank the Rescue 117 Waterford, the National Ambulance Service and Tramore gardai for their assistance.