LOVE ISLAND: Is Midlands model Maura going to swoop in on the Danny, Yewande and Arabella love triangle? 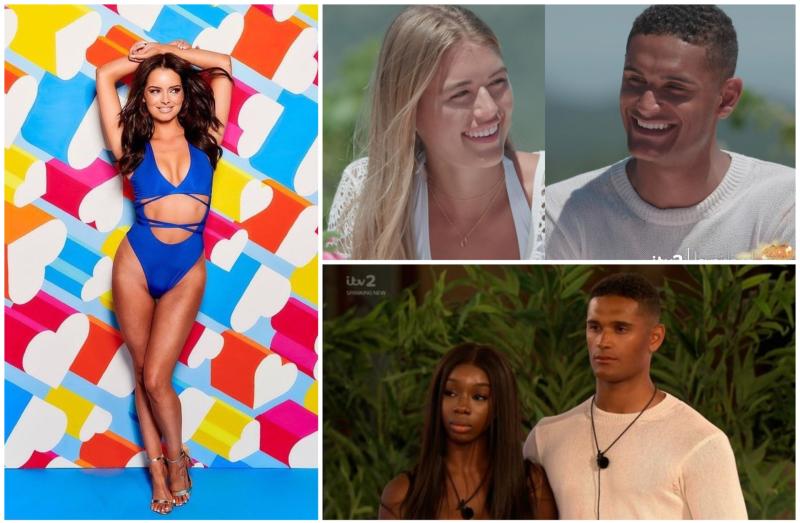 Love Island: Is Midlands model Maura going to swoop in on the Danny, Yewande and Arabella love triangle?

Love Island Midlands model Maura hasn’t been afraid to cause a stir in the Love Island villa so far.

Since she arrived she has gotten involved in a love triangle between boxer Tommy Fury and Molly-Mae Hague and also had a date with new guy Tom Walker.

Maura from Longford isn’t waiting around and last night she announced that she fancies 21-year-old model Danny Williams, someone she had shown little or no interest in up to this point.

Danny and Irish scientist Yewande have been coupled up for days but not without their struggles.

Yewande has frustrated viewers by shutting herself off to any emotions of affection towards Danny who appears to have been nothing but lovely to her.

The arrival of a new islander on Thursday night, the stunning model Arabella Chi, who chose Danny for a date threw a spanner in the works for Yewande who then acted fast to keep her man. Arabella and Danny pictured here in the tweet, see more below.

There's no denying it: this is an excellent date. #LoveIsland pic.twitter.com/5HgVVIFX4g

This date and a pep talk from other islanders seemed to spur Yewande on who then opened up to Danny and went in for a kiss. In a controversial move, she also warned him to stay away from Arabella.

The preview for tonight’s show shocked a lot of people showing Arabella warning Danny that Yewande only opened up to him because she had shown interest.

Danny said that he is slightly sceptical of Yewande’s sudden interest in him and flirted with Arabella about their ‘chemistry’.

Where Midlands Muara comes into all this is that she could be the dark horse to swoop in on Danny while Yewande and Arabella are busy fighting over him.

Maura announced last night that she would snog Danny in a ‘snog, marry, avoid’ game and she said she felt like they have grown closer together slowly and that is how she would usually build relationships with people!

An interesting episode lies ahead tonight as the island antics continue!

Lock up your sons, daughters and anything with eyes. Arabella is on her way!

See you at 9pm on @ITV2 ❤️ #LoveIsland pic.twitter.com/Z7ipbOeIWL