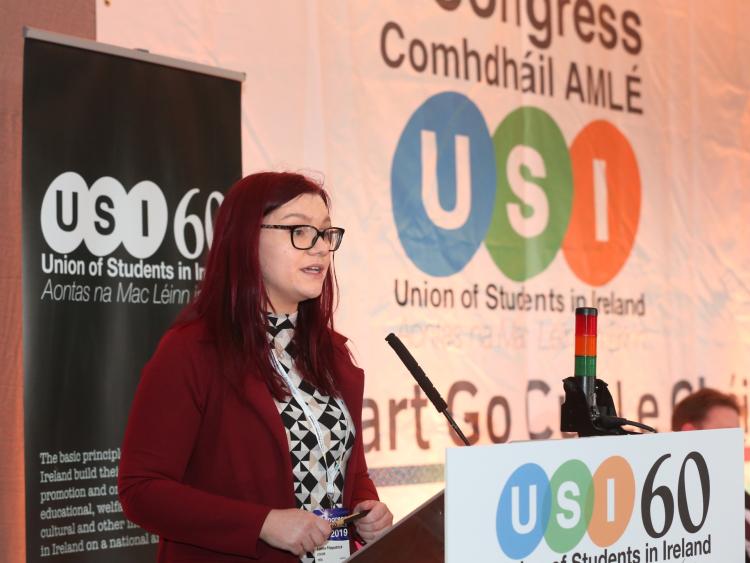 South East woman Lorna Fitzpatrick has been deemed elected as the next president of the Union of Students in Ireland (USI).

Gorey native Lorna is the current USI Vice President for the Southern Region and before that served two terms as President in IT Carlow Students’ Union after a year of Deputy President for Welfare & Education.

This is Lorna's 8th year as an active member of the student movement, and as she moves towards the position of President she promises to bring a better level of transparency to the national organisation, provide better engagement to students on the ground at third level and put her all into fighting the current student accommodation crisis alongside the funding for higher education.

With the creation of Technological University Dublin this academic year and more mergers countrywide set to happen in the near future, Lorna promises to pay special attention to SU Executive Officers going through this, by means of a TU Sub-Committee, regular meetings and lobbying relevant bodies.

While the future of BREXIT is unsure, Fitzpatrick plans to up communication with NUS-USI to ensure the fallout won’t leave any student unsure of their future in higher education. Plans with NUS-USI don't stop there however, Lorna is determined to fight for marriage equality and abortion care in Northern Ireland.

USI President-elect, Lorna Fitzpatrick celebrated the win stating: “I am absolutely delighted that the students have put their trust in me to lead this movement. I have said all throughout my campaign that we need to be strong and connected to win the fight that we face this year and I'm looking forward to leading our movement through that."

"I thank everyone who supported my campaign and am ecstatic to be the next President for the Union of Students in Ireland.”