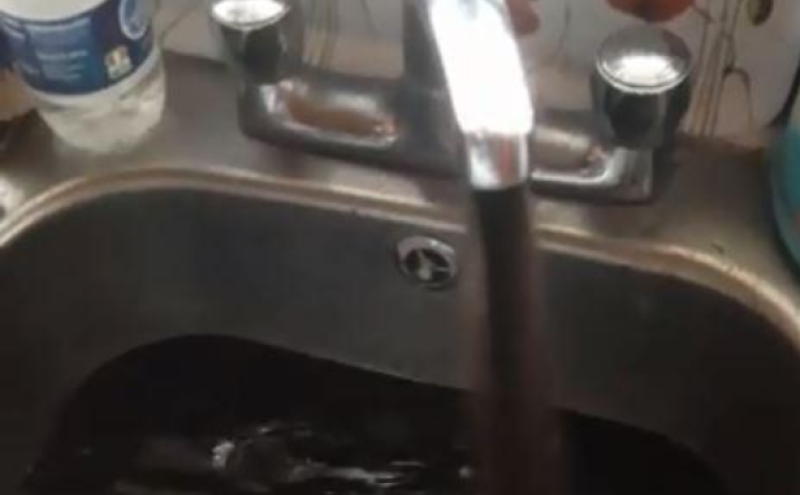 A video of brown water flowing from a tap at a Waterford home has gone viral overnight.

Clonea Power resident Johnny Kavanagh took to social media to vent his disgust at the water supply, an on and off problem that has been going on for 20 years.

VIDEO: Discoloured water flows out of a household tap in Clonea Power in Waterford

Local Sinn Féin councillor Declan Clune said that, "residents have had enough" after the video shed yet more light on the ongoing issue. The clip has been shared more than 1,000 times and has racked up more than 50,000 views since Wednesday night.

"The residents have had to put up with this for 20+ years, unable to have a bath and destroying appliances like showers and washing machines," Cllr Clune said.

"A new supply is due to come online shortly but in the meantime what about the residents of Clonea Power? How are families supposed to manage?" Cllr Clune fumed.

Cllr Clune said he has contacted Irish Water and demanded they send someone to fix the problem.

Speaking on Thursday, Cllr Clune said, "Irish Water have advised me that the new system should be connected and this issue should be resolved, but it clearly isn’t."

"It's simply not good enough anymore," he added.

Speaking to Waterford Live on Thursday evening, a spokesperson for Irish Water said, "there has been a long-standing issue in the Clonea Power area with high levels of manganese in the water source which resulted in discolouration of the water."

"To address this, the water supply for Clonea Power has recently been switched to a new source in Rathgormack. This was carried out as part of a project by Irish Water and Waterford City and County Council to upgrade the Water Treatment Plant in Rathgormack, install 7.5km of new watermain and decommission a number of older water treatment plants in the area which were no longer fit for purpose," they continued.

"This will lead to a much improved water supply for people in Monadiha, Feddans, Clonea Power, Clonea O’Sullivan and Whitestown."

"This may have resulted in deposits of manganese which had built up in the old network becoming dislodged and leading to temporary discolouration of some customers’ water," the spokesperson said.

"Extensive scouring of the pipes was carried out over the weekend and again this week to flush out the network and remove these old manganese deposits. The situation has now improved considerably and we are continuing to monitor the supply and address any issues as they arise."

"However, as there may be deposits of manganese built up over many years in private side pipework and in attic tanks, it may take some time for the discolouration to be removed completely," the utility said.

"We would like to apologise for any inconvenience to customers in the area while the new supply is being brought online."

"Should customers experience serious discolouration or other supply issues, we would ask them to contact 1850 278 278 so that we can identify and address any outstanding issues in the network. We would like to thank customers for their patience during the introduction of this new supply which will result in a much improved water supply for this part of Co Waterford," the spokesperson concluded.