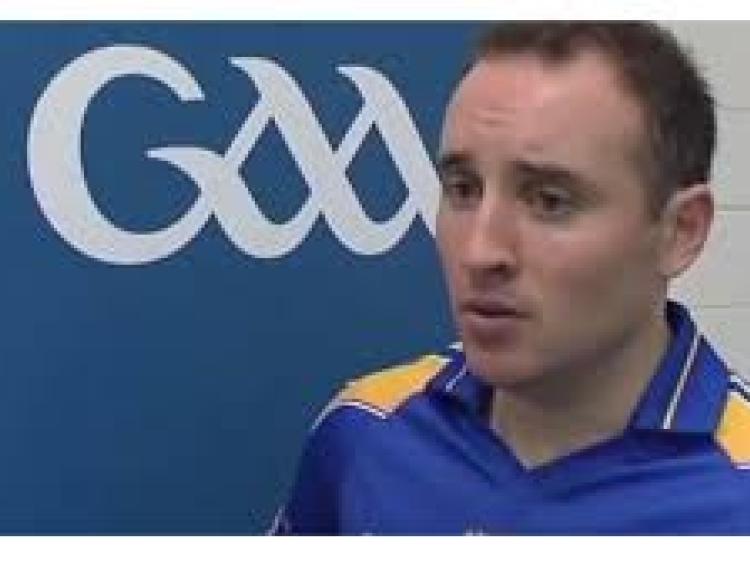 Former All-Ireland winner Eoin Kelly has said Waterford hurlers should be given the option to play their Munster Championship home games in Nowlan Park in Kilkenny next year.

Waterford spent the summer on the road with their 'home' games being played at Semple Stadium and Limerick's Gaelic Gorund as Walsh Park was deemed unsuitable for such fixtures.

It has emerged that Walsh Park's redevelopment won't be completed until late 2019 or early 2020, meaning the Déise will once again have to travel for their home fixtures in next year's Championship.

Speaking ahead of the replayed Leinster final between Kilkenny and Galway, Eoin Kelly said that "if Waterford want to play in Nowlan Park next year I think it should be an option."

He was speaking generally about the notion of home games being played on opposition soil, as well as the replay of the Leinster hurling final taking place outside the province in Semple Stadium this weekend.

"I don’t see Croke Park as being the ideal venue for a Leinster final," Kelly offered. "You’ll see a change of view after Sunday’s Leinster final because it will be on in Thurles, it’ll be an opener game, you’ll get more scores there and it will feel like more of an occasion."

In an interview with Paddy Power News, Kelly offers his frank views on Sunday's Leinster final and more.

Do you think Galway will feel they left it behind them the last day?

"I don’t think so. There was a lot of hype in the week leading up to it with David Burke’s few comments, but they knew Kilkenny would come at them extra hard. Not that Kilkenny would need motivation but something like that would do the trick. Micheál Donoghue would have seen that coming, but I think Galway would feel they underperformed.
"They’ll be disappointed they didn’t play to their full potential and that’s something they have a week to rectify coming to Thurles. It was always going to be a tight game. I expect Galway to push on and win the next one on Sunday."

David Burke commented that Kilkenny still fear Galway. If you were managing an inter-county team and one of your players made a similar statement would you be tearing your hair out?

"You wouldn’t be happy. And I think David Burke would have been disappointed when he saw the headline. I think it might have been taken out of context. But I’m sure it was used as a motivating factor for the Kilkenny players though.
"They’ve got lads of the calibre of T.J. Reid, Walsh, Colin Fennelly, Richie Hogan and Paul Murphy. Let’s call a spade a spade, those lads are not used to being beaten by Galway in championship hurling.
"They would have been saying: ‘Look, let’s show these boys we’re not gone away’. I thought Micheal Donoghue tried to rectify it speaking after the match when he said they had the height of respect for Kilkenny.
"But these are the little challenges that Galway have to handle as champions and odds-on favourites to win back-to-back championships. It’s the first time we’ve heard them say anything in the last 12 months!"

Are Kilkenny relying too much on T.J. Reid, who scored 10 points out of a total of 18 at the weekend?

"Seven of them were frees. He’s a player of such a high standard that it’s what he delivers week in, week out, so probably not. When a player’s that good, they set their own standard.
"Kilkenny forwards do need to step up though and Brian Cody is building up a couple of players to do that."

Is it fair to say that the Leinster Championship hasn’t been great this year?
"It was amazing to watch the Munster final and then to flick across and watch the Leinster final. They were worlds apart. There was intensity in the Munster final, but it was free flowing and there was more skill on display.
"Whereas with Kilkenny and Galway it was more of a physical battle. To see Billy Ryan, who was a slight player last year, latching onto the ball, I thought his physicality was really impressive. Brian Cody had his 50+ back training last November to get ready for the physical battle with Galway and I think he’ll be very happy with the young guns having that bulk on to match them.

"The Leinster Championship hasn’t been great in years gone by. But, then you’d find yourself walking into a haymaker come August when you’d be in an All-Ireland semi-final or final against Leinster opposition.
"I don’t see Croke Park as being the ideal venue for a Leinster final either. You’ll see a change of view after Sunday’s Leinster final because it will be on in Thurles, it’ll be an opener game, you’ll get more scores there and it will feel like more of an occasion.

"But are Kilkenny going to be beaten by Galway three times in the championship as it rolls on? It’s hard to do that. I still think Galway and Kilkenny are going to end up in an All-Ireland semi-final."

Should the Leinster final always be in Leinster?

"I think it’s great that it’s in Thurles, but you’d feel sorry for the likes of Waterford not getting a home game in Nowlan Park in all of this. I remember being at two Leinster semi-finals in Thurles I 2002 – Wexford v Dublin, Kilkenny v Offaly, while Croke Park was at the final stages of being renovated and I’ll never forget the atmosphere that day.
"So, is this new territory? No, it’s not. I have no problem with It whatsoever. You can stroll along the street from the town up to your game and there’s easy access in and out. I think it’s great that the Leinster final replay is on there on Sunday. And if Waterford want to play in Nowlan Park next year I think it should be an option."

The preliminary quarter-finals that are on next weekend, Carlow v Limerick, Wexford v Westmeath, are they completely pointless?

"I wouldn’t say they are pointless because these teams need a carrot to motivate them. They are putting in the same effort as every other county through the Joe McDonagh.

"They need their crack at it. Carlow and Westmeath are at home and I think they deserve these games. Carlow’s Colm Bonnar can now have a cut at Limerick in Dr Cullen Park.

"I’d expect Limerick to win it, but I think it’s no harm to lift the standard for the Joe McDonagh teams to be honest."
Eoin Kelly was talking with Paddy Power News

If you have a story for us, sports news, an event happening in your area, or if you want to submit pictures or videos, contact the Waterford Live team via email to waterford.live@iconicnews.ie, or through our Facebook.